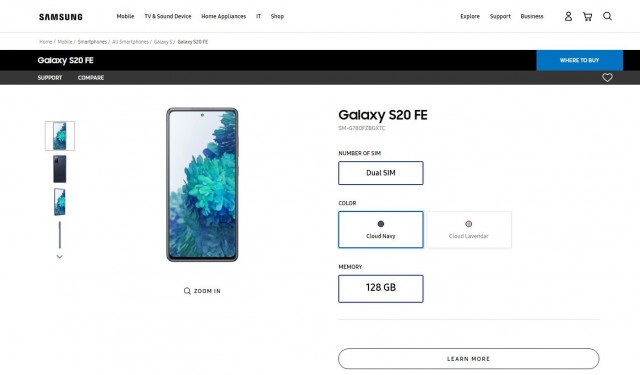 We already know quite a bit about the S20FE including its key specs and all six of its official colorways. It will carry a 6.5-inch AMOLED display with a 120Hz refresh rate, Snapdragon 865 for the 5G version and Exynos 990 on the 4G only model. The rest of the spec sheet for both trims includes a triple camera setup with a 12MP OIS main shooter, 12MP ultrawide shooter and an 8MP telephoto with 3x optical zoom and OIS.

Actually everyone gets both.. if you want 4g you will get exynos if 5g sd

Another Asian country getting shafted with Crappynos variant....