Galaxy S20 phones' size compared against other phones thanks to dummies

Samsung is expected to introduce at least three new S phones next month - Galaxy S20, Galaxy S20+, and Galaxy S20 Ultra. Someone at XDA Developers got the CAD renders from case makers and 3D-printed the devices to compare the sizes with current flagships.

The overall impression is the Galaxy S20 phones will be slightly narrower, the curvature of the edges on the screen is modest, while the back will keep the curvature from the Galaxy Note10, allowing for better grip and more comfortable usage.

The Samsung Galaxy S20 is compared with the Galaxy S10 and despite being slightly taller, it is easier to handle due to the expected 20:9 screen that would also increase the diagonal of the panel.

The Galaxy S20+ is stacked against the Galaxy S10+ and we have the same case - slightly different form factor, but better handling. One thing the author does not say anything about is the Bixby button - the dummies lack one, and the volume rocker is now above the power button, all of them placed on the right-hand side. 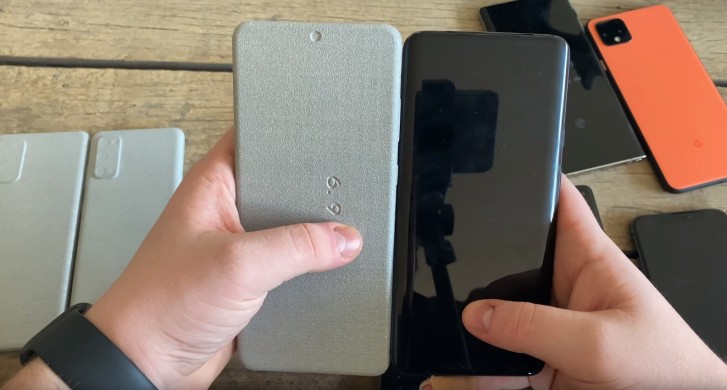 The Galaxy S20 Ultra is the most intriguing device of all three and were not even talking about the actual new moniker in the world of Galaxy flagships.

Finally!! Somebody who gets it! IR blaster should be standard again. The LG V20 was the last flagship to offer an IR blaster, removable batteries, quad DACs, 7 aop mics, first with the double camera setup with wide angle and the first with fingerprin...

Bugger the better. If only as big as the Hu Mate 20x

is that a fact?