Galaxy S4 and Note 3 will get Android 4.4 in late January

French carrier SFR released details on the Android 4.4 KitKat update for the Samsung Galaxy S4 and Galaxy Note 3. The carrier broke the news for the 4.3 update of the Galaxy S4 and S III, which rolled out just recently. 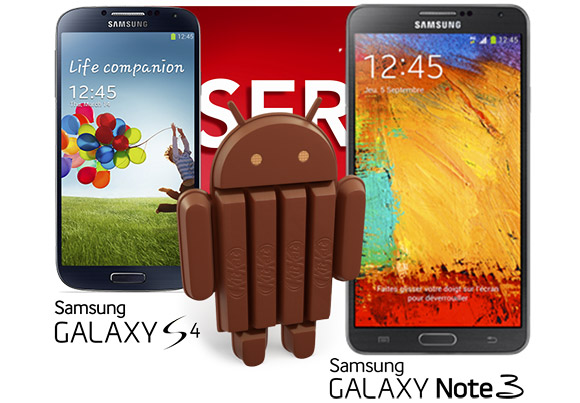 The South Korean smartphone maker is mum on 4.4 update details, but SFR says the update will arrive in late January or early February next year. The global rollout is presumably coming in a similar time frame.

The Google Play Edition of the Galaxy S4 already has Android 4.4.2, but that has fewer modifications, which speeds things along.

Non-GPE devices like the LG G2 are already getting their 4.4 update. Other companies, like Sony, have officially confirmed which phones will be getting KitKat, but have yet to unveil the release date (the Xperia Z Ultra GPE has 4.4.2 already though and the Xperia L was graced with an AOSP build).

my LG G2 is having android 4.2.2 and you say non-GPE devices are getting the update already? When is it coming to Belgium? In the 2015?