Vodafone, Three, O2 and EE will be all taking pre-orders for the Galaxy S6 duo, as well as Carphone Warehouse and Samsung.com. The pricing is yet to be announced, but we'll know it in just two days. 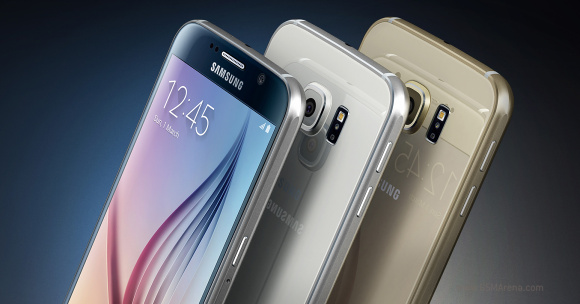 Both devices will be available for order in 32, 64 and 128GB flavors in all announced colors - White Pearl, Black Sapphire, Gold Platinum, Blue Topaz (Galaxy S6 only), and Green Emerald (Galaxy S6 edge only).

Everyone who placed a pre-order in the UK on March 20 or later, will be able to pick their device on April 9. The Galaxy S6 and S6 edge will become officially available through all major retailers in the UK on April 10.

Samsung is already taking pre-order in Italy and the Netherlands. The 32GB Galaxy S6 costs €700, while the cheapest S6 edge model starts at €850.

It'll be available on April 10 everywhere even South Africa.

the price is higher more Iphone 6 and plus. I love price from Samsung. I don't understand why Samsung launch with this price,,,

Preorders started, but it already flopped.