The Galaxy S and the iPhone release schedules are out of lockstep, so each gets a shot at sticking around at the top level for at least half of the year. This season, the new Samsung Galaxy S7 lands right in the fast lane with the iPhone 6s already at cruising speed. Come fall, the lanes will change but the chase will continue.

Samsung's flagship has never been stronger - the company finally managed to reconcile the wealth of features its loyal fans love with a long-overdue redesign that was meant to win new converts. The S6 tried hard to appeal to the latter at the risk of alienating the former. 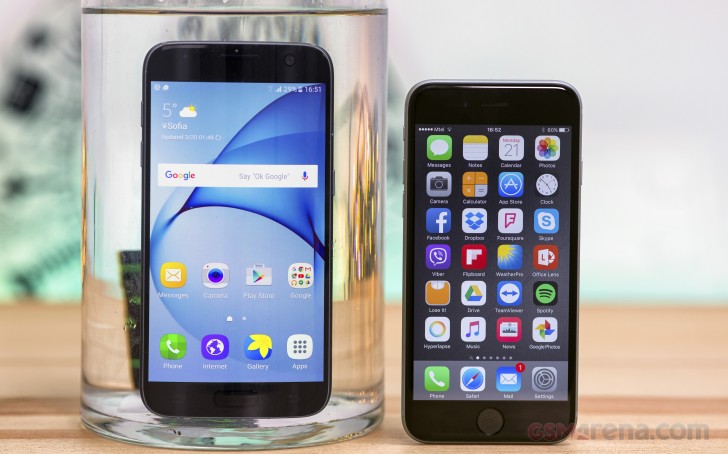 The iPhone 6s has the crowd its predecessors had - things there change slowly though to be fair Apple added a few bells and whistles to the UI (3D Touch), the camera (4K videos and Live photos), the chipset (2 gigs of RAM, at long last).

Apple's conservative approach to adding new features leaves the iPhone 6s with little to brag about, but every Apple higher-up will tell you it's about the overall experience and not on-paper specs.

The Galaxy S7 is very fresh - it only just started shipping - and its youth gives it a leg up in this fight. Is it enough to make it the most popular 5-or-so inch phone out there?

Samsung has well bodily construction but I expect more secured Metalic creation, and certain updates of ios, with good processor which can last about 8years. And samsung must secure the apps as we get in iphone

I will go in for Samsung