Samsung is working on a Galaxy S8 Active, and it looks like the device is in nearing release after a benchmark scorecard appeared on the Geekbench website. The device with the model number SM-G892A got 1842 in single-core and 6394 in the multi-core tests. 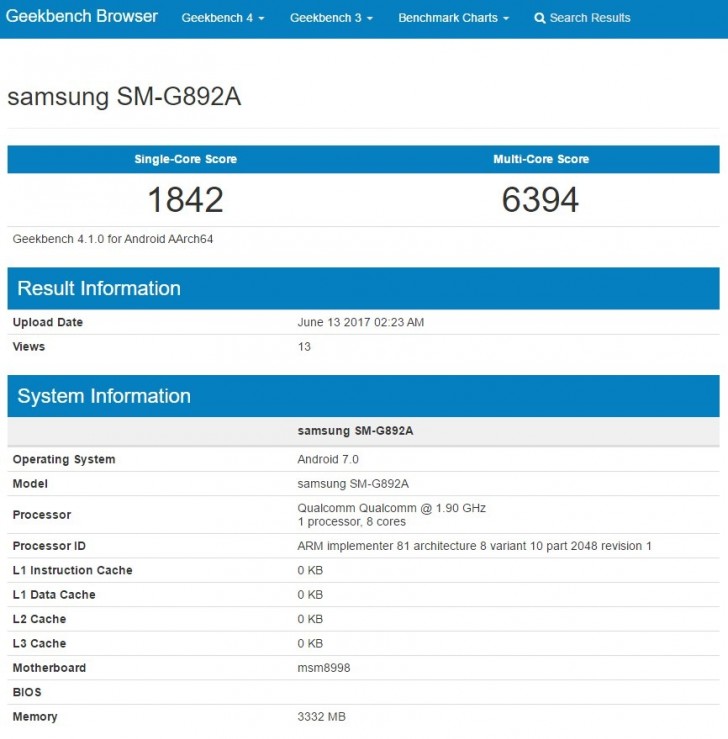 According to the listing, the Samsung device will run the Snapdragon 835 with Android Nougat 7.0.

Compared to other phones with the latest Qualcomm SoC, the Galaxy S8 Active is behind the Galaxy S8 and the Xiaomi Mi 6, on par with HTC U11 and the Galaxy S8+ with Snapdragon 835, and ahead of the Sony Xperia XZ Premium. Differences are pretty minor though, as you can imagine.

The Galaxy S8 Active is expected to have the same hardware specs as the Galaxy S8. It will lack the curved edges of the Infinity Display but will sport a rugged body for more outdoorsy owners.

Please release it in Europe.... There is no good reason why this awesome phone would remain exclusive to one carrier in one country, and unavailable globally.

I've had my s5 active for years now...best phone I've ever owned. I'm just looking for something newer in the s8 active.

They release them as they release new models, just like iPhone or any other major smartphone.