Galaxy S8 and Galaxy S8+ get certified by FCC

Another day, another bit of info about the upcoming Samsung flagship. We already know how the Galaxy S8/S8+ will look, how much it will cost and when is the official launch. Today we also got the info that the device is certified by FCC. The certification entry also revealed some model numbers of the devices for the US market. 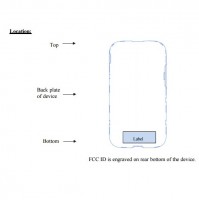 The images above reveal the Samsung Galaxy S8 is manufactured in Vietnam and has models SM-G950U, SM-G950U1 and SM-G950W. So we are going to see at least three variations of the Galaxy S8 on American soil.

The other image we showed you above is about the bigger sibling of the flagship - the Galaxy S8+. It also will come in three variations - SM-G955U, SM-G955U1 and SM-G955W.

According to a different FCC report, both phones will support wireless charging.

Samsung Galaxy S8 is reportedly coming with 5.8” bezel-less screen and without a home button, a fingerprint scanner on the back, next to the camera and an additional button for Bixby AI, Samsung’s answer to Google Assistant and Amazon Alexa.

I think the Samsung S8 and LG G6 display this time is a cool/shit, because the rounded corner screen losing some viewing pixels there. If they really want to do the rounded corner on screen why can't they start from the software overlay instead of ju...

Pfftt. All of a sudden you use S7edge and bring up Note7 to argue XZ Premium is better. Lol. We are talking about S8. S8 is cheaper indefinitely no matter what you said. And like you said it have more stuff. Now, you saying S7edge have better battery...