Samsung continues to update its latest flagship devices to Android Pie, the Galaxy S9, S9+ and the Note9 with the next on the list being India and South Korea. This means the update is now available in 16 countries around the globe. 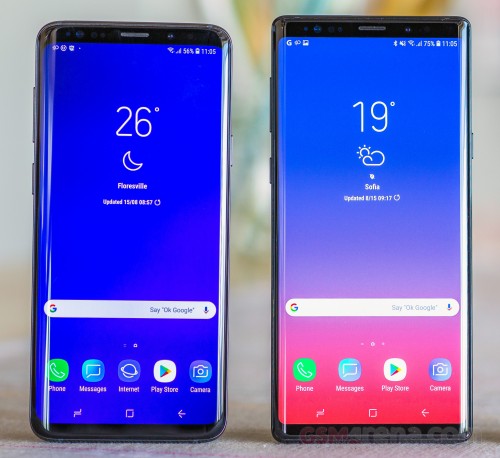 The catch is that the update in India is only available to those that were part of the beta program initially. We saw the same thing happening in Germany with wider availability coming shortly after. The South Korean users, however, will receive the latest software no matter what they are running - stable Oreo or Pie beta.

The software build number for the Korean Galaxy S9/S9+ is G96xNKSU1CRLL or G96xNKSU1CRLN while Note9 owners should expect N960NKSU2CSA1. The Indian market is getting G96xFXXU2CRLO for the S9 duo and N960FXXU2CSA2 for the Note9.

Depending on the software version currently running on the phone, you will receive a 150MB patch or 1.6GB. As you have probably guessed, the first one is designated to the Pie beta participants while the second one concerns the stable Oreo users.