The front of the Galaxy S8 won over many fans while the back drew criticism. So, for the S9 generation Samsung seems to have focused on fixing the setup on the back of the phone. Where does that leave the front?

We’ve seen CAD schematics, which show there’s barely any change so we wondered if the screen to body ratio (StB) will change at all. It’s perhaps not the most important metric, but it is a point of pride for many (makers and users alike). We decided to investigate based on leaked renders. 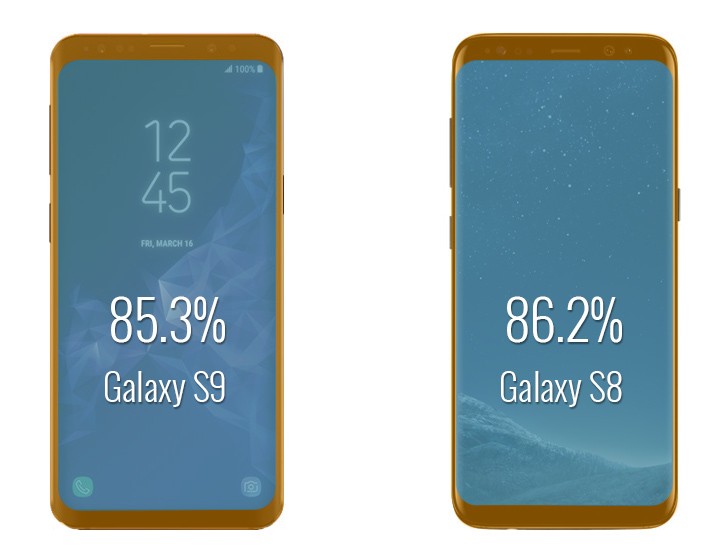 So we put the latest leaked pictures of the S9 duo and put them side by side with their predecessors for some analysis.

What we found is that the StB ratio on the Samsung Galaxy S9 and Galaxy S9+ will be slightly worse – by about a percentage point. Keep in mind that official renders have historically been inaccurate when it comes to portraying the actual dimensions of the screen, so numbers might be higher than real life. That would apply to both generations though, so the observations about the difference should still be correct.

Our bet is that we’re looking at essentially the same screen to body ratio. A difference of a percentage point is extremely hard to spot even if you hold the two side by side. 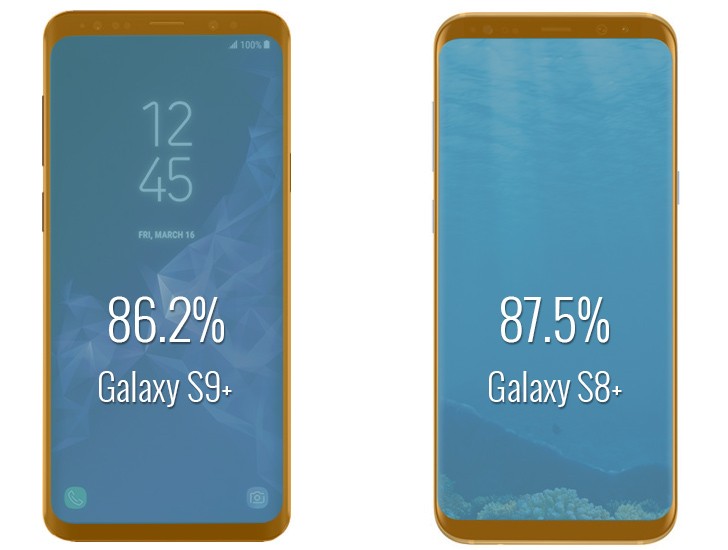 We tried overlaying the two screens. The rounded corners appear identical, though we did notice the S9 screens (both of them) are ever so slightly taller. This is also seen in the CAD schematic, but the difference is academic. According to leaked measurements, the S9 phones will be marginally shorter and a fraction of a millimeter wider and thicker.

We would like to mention one possibility – Samsung could have changed the curvature of the sides of the Galaxy S9 duo. That could throw off our StB measurement slightly and account for the difference. Samsung already went with a gentler curve on the Note8 compared to the S8 so the S9 might follow its phablet sibling.

As we said, greater StB (and thinner bezels) is a point of pride for some, though thinner bezels can harm ergonomics. Which camp are you in? More is more or everything in moderation?

More than one US carrier sell Active models now. If you want to get one pre owned (at lower costs no less) go to Amazon.com or EBay.com.