If you intend to buy a Galaxy S II, there is some good news for you. It seems Samsung is shipping all new Galaxy S II units with pre-installed Android 4.0 Ice Cream Sandwich.

We've only received confirmation from the Indian market, but we guess other areas are getting the same treatment.

The ICS update for the Galaxy S II has been around for a while but lots of people will appreciate the fact that Samsung spared them the effort of upgrading. 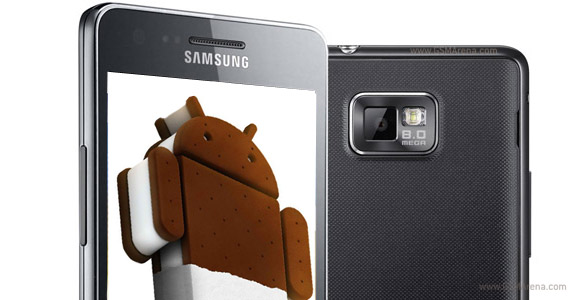 If you insist on getting an ICS-bundled Galaxy S II, look out for units imported in April 2012 or later. In case you get an older device after all, don’t worry – the update is delivered OTA, so you'll only need a Wi-Fi network to download and install it.

Thanks to Amberdeep Singh for sending this in!

hey can any1 temme...the sgs2 that ships with ics in india is i9100 or i9100G.coz i am well aware ith the performance issues of G version

who wanna get white new sgs 2 with pre installed ICS ??? pls come ahmedabad samsung company retail store and get it its available

Please let me know where did you get it from? I am not able to find white GS2 with ICS preinstalled in any samsung authorised stores