Earlier this month we learned that Samsung will soon start rolling out the Android 4.1 Jelly Bean update to the venerable Galaxy S II in the coming weeks. The rollout has now begun and Spain is one of the first countries to get the update, with other countries to follow shortly. 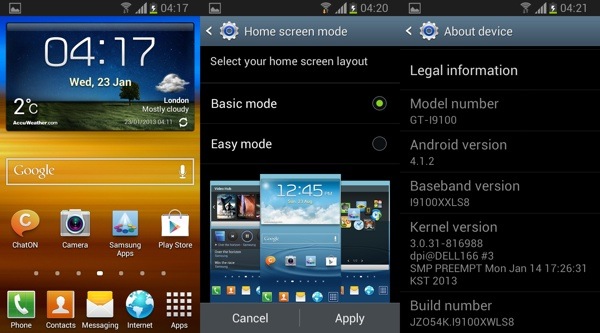 The 4.1.2 update is currently only available to the international GSM version of the handset (I9100). The update will bring a new interface design, similar to the one on the Galaxy S III or the Note II. Other changes include a smoother UI thanks to Project Butter, Google Now, two homescreen modes, Direct Call, Smart Stay Pop-up Play, new notification toggles, camera improvements and much more.

The update needs to be downloaded using Kies on your computer. If it is not available for your device right now, it should be available shortly.

When is jelly bean for Samsung galaxy S2 planned to be launched in India.