Google's Gesture Search for Android has been available for a limited number of devices for testing purposes for a while now, but it has just been released worldwide (it was US only so far) and to a lot more phones - Gestures Search is available for Android v1.6 and up (the first version was v2.0 and up).

Gesture Search for Android is a quick way to search through installed apps, contacts, bookmarks or music tracks - you just draw a few letters on the screen, usually two or three should be enough to filter the items till you have only several left. Then tap the one you were looking for and that's it - much faster than pulling up the on-screen (not to mention the physical) keyboard.

So, Gesture Search isn't handwriting recognition in the usual sense - typing with your finger is not a good idea anyway. What it is however is a quick and simple way for picking something out of a long list.

So, get it off the Market or you could use this: 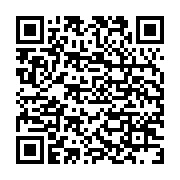 This is a fault tolerant design. This is not handwriting recognition in true sense, it takes error into account. Like an H and A are quite similar to write. So, they include both in the result. But, results with H are given preference (comes first). ...

Fragmented OS. LOL. Hi here's your brand new Android phone, oh by the way it's only 1.6, so no Google Maps Navigation of Live Wallpaper for you!

Watch out google, here comes apple with the patent file. these days they have a patent for everything.