For the past few years when we see the first credible renders of the next iPhone we get the same reaction - dislike. And then when Apple releases the phone/phones we realize they aren't that bad, actually.

This year looks no different. A big batch of new iPhone case renders are here and they collaborate the new design. Apple will premiere a new triple camera in the iPhone XI and iPhone XI Max flagships and it will fit it into a square-ish hump on the back. 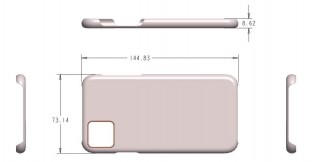 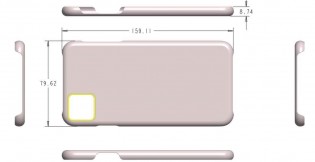 The other case renders show more of the phone but should by no means be considered final or trustworthy at this point. Nevertheless we're looking at three lenses and an LED flash on the back. The money is on Apple premiering an ultra-wide angle camera alongside the regular and telephoto of the current iPhones. The latter two might get an update as well. 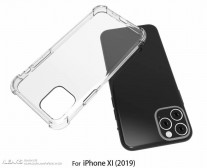 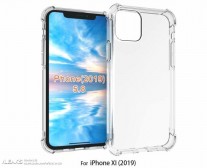 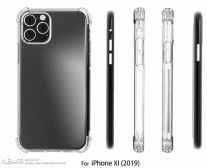 We also saw the first renders of the next iPhone XR with a dual camera packed inside a similarly-designed and possibly more polarizing square camera bump.

The new design isn't an instant classic, but we're sure Apple will have solid engineering logic behind it - phones are tightly-packed with tech and cameras are among the largest and most complicated components to fit inside. 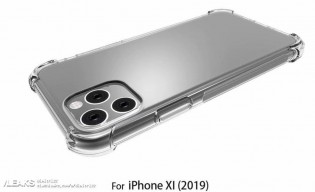 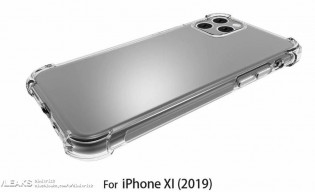 Apple is expected to retain the notch on the front as it will likely rely on Face ID at least through 2019. Here's hoping Apple reduces the bezels on the new iPhones, at least.

"On here" means these comment boards, not you/your post specifically. The claim that Android manufacturers have had triple cameras for 'years' was obviously inaccurate, and I pointed this out. And if you don't notice rampant Apple bashing on these ...

There's no APPLE BASHING it is reality dude. I'm nor Apple fan neither Android.

Never said such a thing. I've had 2 iPhones ever, and 5 Androids. I'm no fanboy of either, I just get tired of all of the Apple bashing on here and point out inaccuracies once in a while.