If youve been living under a rock for the past several days, OnePlus 5 is launching on June 20. Yesterday the company showed the back design with a dual-camera setup and now an alleged benchmark on GFXBench outed most of the specs of the flagship killer.

This is the second benchmark listing in the last 24 hours after the OnePlus 5 appeared on Geekbench as well. 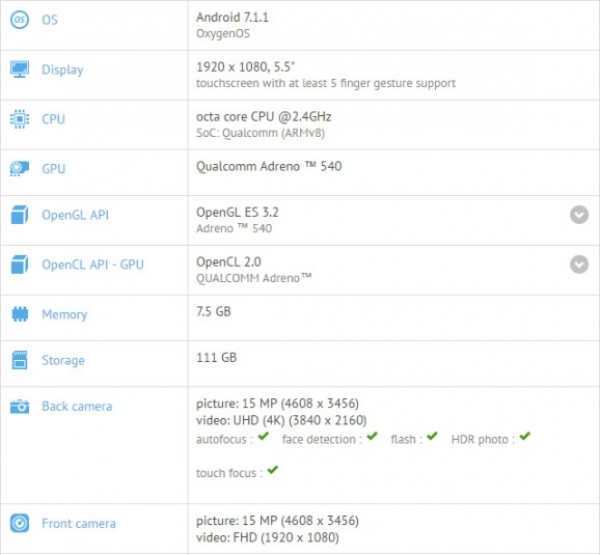 If the listing is legit, the OnePlus 5 will have a 5.5 screen with Full HD resolution like its predecessor, the OnePlus 3T. Unsurprisingly, OnePlus decided to go with the Snapdragon 835 SoC with octa-core CPU and Adreno 540 GPU, as Pete Lau confirmed last month.

The GFXBench listing also tells us the OnePlus 5 with model name A5000 will have 8 GB RAM and 128 GB internal storage. The main camera will be 16 MP and will shoot video in 4K, but we already know there is a dual setup on the back. The selfie snapper is 16 MP as well, but the listing says it can only do 1080p videos.

The OnePlus 5 is expected to run the latest Android 7.1.1 with the Oxygen OS on top.