Gigabyte GSmart Rola is a Dual-SIM smartphone with Froyo

Gigabyte is preparing to launch a dual-SIM smartphone running on Android v2.2 Froyo. It’s called GSmart Rola and it will launch on the bargain 175 euro in the beginning of 2011. 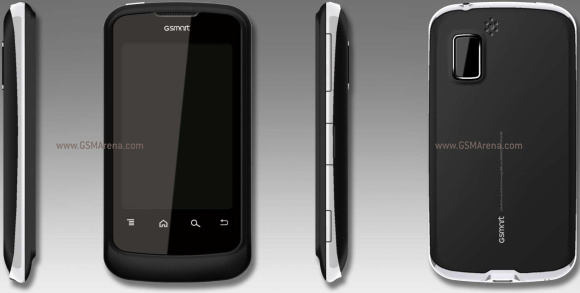 The Rola’s connectivity however has everything covered – Wi-Fi, quad-band GSM, 3G with HSDPA support, GPS (with aGPS support and digital compass), Bluetooth and even FM radio. We suppose the 3G would be available only on one of the SIMs though.

Gigabyte GSmart Rola will launch in Q1 2011 in selected regions with an expected retail pricetag of 175 euro.

Actually, most of the recent gen dual sim phones use only 1 chip and 1 antenna, as opposed to older gen phones, which had more chips or antennas. So the battery life is not halved anymore, it is now slightly reduced, On alot of the shenzen phones, th...

Is for sale? or not now

I'm running out of patience. Why don`t they give us some official news? They were supposed to launch it like 2 weeks ago. I`m freakin' out!!