Less than a couple of weeks after the Gionee A1 leaked in live images, the device has been spotted in benchmark listings. The Geekbench listing for the handset reveals octa-core processor, 4GB RAM, and Android 7.0 Nougat. 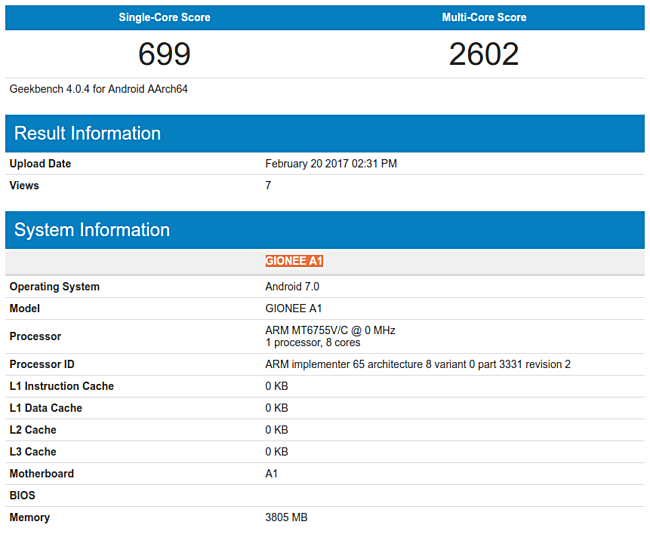 These, if you compare, are inline with the specs that have leaked earlier. Other rumored key specs of the phone include 5.5-inch 1080p touchscreen, 64GB storage, 13MP/16MP camera combo, rear mounted fingerprint sensor, and a large 4,010mAh battery with support for 18W fast charging.

The Gionee A1 (along with as a Plus variant of the phone) is expected to be made official at the upcoming Mobile World Congress (MWC).

Gionee phone is so good but services is very worst

Eight cores at 0MHz... Awesome! I wonder what scores we would've had it they were clocked at 10MHz... Like those macOS VMs that always reports you they have 0MHz RAM...