Gionee is back and occasionally releases a new phone or two. This model from the pipeline may catch your attention with one large number – 10,000 mAh. That’s the biggest battery on a phone by the company so far. We don’t have the full picture yet, just what TENAA revealed.

That aside, the new model is nothing to write home about. Most disappointing is the Android 7.1 Nougat OS, the rest does show some potential. It’s powered by an unknown 2.0 GHz octa-core CPU and has surprisingly generous memory capacities – it starts at 4 GB of RAM (with 6 and 8 GB options) while storage is 64/128/256 GB. There’s a microSD slot too. 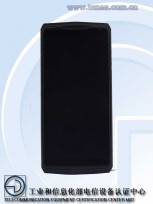 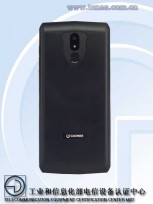 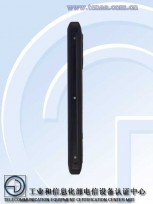 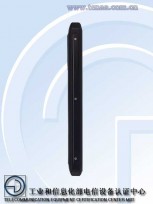 The handset has a 5.72” LCD (720p+) and measures 160.6 x 75.8 x 8.4 mm. The weight of 305 g is considerable, but hardly surprising considering the battery capacity. TENAA doesn’t list charging speeds, unfortunately. Hopefully, the phone can do more than 10 W, otherwise a full charge will take forever.

Anyway, it’s a dual-SIM phone with 4G connectivity. It has a single 16 MP camera on the back, just above the fingerprint reader, plus an 8 MP selfie camera on the front. It will be available in Black (pictured) and Blue.

This Gionee phone is expected to launch some time in August.

I thick this phone will give good battery life but the camera must get some improvement but no worry as gionee's camera quality is the best in their range I am a Gionee user and I like the camera and every thing only phone became slow but ok I w...

Well maybe next year they will release a phone with android 1.0 or 1.5 which was cupcake. Just to make something others dont have.

Energizer phones with 165 and 18k mAh batteries are the most i ever seen in a cell phone.