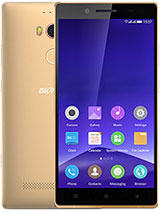 Kapil Baliyan, 13 Sep 2015Hahaha...... Nobody knows about the future of E8. Suggestion - please go for MI. U can ... moreGys im using this e8 and i proud to use it this is only one dives whic can beat any fone in the world this phone camara really dslr and i tell u guys u never seen diplay procesing camara to othera brand gionee is world best quality phone i love gionee e8 and my i phone 6s guys when u hold this gionee e8 giant i promise never Go for other brand who has budget for gionee e8 go for it and u feel proud to own it and use it thanku

Built quality and skyrocking price is not shopper friendly.
BLU pure XL with gorilla glass 3 screen scratched protector is now available at a much cheaper price on Amazon.

NO updates, and no accsories, no service

do not buy any gionee phone . u will not get any update

Not great compared to the somewhat similar Huawei Ascend Mate 7, both with 6 inch displays but the E8 is wider, taller and heavier, also a smaller battery - 3500 mAh vs Mate 7's 4000.

AZZU.K, 14 Sep 2015before gionee mobile is good but now gionee improw in quelty anybudy use gionee m4 and s7 real... moreI noticed that you don't require a lot to impress you.

Wait a minute..
That's the Blu Pure XL!
The same specifications, the exact same design but with an ugly name and an even uglier logo.

God bless the people who came up with the name and stuck on to it.

I would also like such a phone but in Slovakia it about not buy.

Phone looks great. But nobody sells this brand anywhere here in my country in Slovakia.

phone is far overpriced, gionee you should have think about your brand standard you can't beat motorola, samsung, oneplus and
where price and brand is considered you won't stand anywhere whether you provide great specs in your phone...
better recognise your standard and rectify e8 price to 28k
otherwise nobody will buy and you have to play with your own toys

Macks, 11 Oct 2015basically the Blue Pure XL? Same processor, battery, display, fingerprint scanner, and design.... moreThis is what Pure XL based on, so it's no surprise that it's expensive. Companies like BLU of course try to sell them at a lower price.

Gionee Elife E8, BLU Pure XL, Allview X2 Xtreme
Hey Guys,
Check these three phone, There is nothing different in between all of the above models except from their logos each and every spec is same.
They are just copying the same design from others.

Ravi, 06 Oct 2015The hardware specifications of Gionee Phones are good but their software upgradation is very p... moreI had a elife 7 and very poor upgrades and post sales service.

Looks nice, if only it were smaller (around 4.5 inches).