Gionee’s global product launch event in Beijing made official two of the more highly anticipated phones of late. The Elife E8 comes with flagship specs and focuses on photography, while the Marathon M5 aims to impress with battery life. 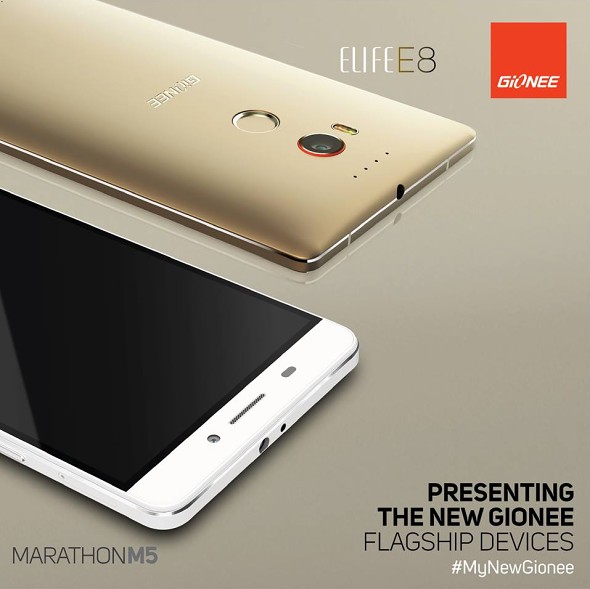 The Elife E8 was the centerpiece of the announcement and rightly so. It’s built around a 6-inch QHD display for a 490ppi pixel density. It’s also an AMOLED panel, for deep blacks and vivid colors.

Under the surface, there’s a Mediatek Helio X10 chipset with an octa-core processor clocked at up 2GHz, and a PowerVR 6200 GPU. 3GB of RAM and 64GB of base storage are up there on the list of key specs.

It’s the keen smartphone photographer that Gionee targets with the Elife E8 and it shows in numbers. The 24MP primary camera offers the highest pixel count now in a major smartphone, if you don’t count the Nokia Lumia 1020 of course, and the almost ancient Nokia PureView 808. Software tricks allow it to produce images up to a jaw-dropping 120MP resolution.

The camera apps takes just 0.8s to launch and there’s phase detection autofocus which Gionee claims focuses in 0.08s to 0.2s. The sensor sits behind a six-element lens with sapphire glass front element.

There’s optical image stabilization which is able to correct for shakes up to 1.5-degrees in angle. The smartphone will also offer dual Tone LED flash, lossless zoom, and 4K video recording.

The Marathon M5 aims to address what Gionee calls a major “pain point” in today’s smartphone use, and that’s battery life. While other manufacturers have gone for replaceable batteries or fast charging, Gionee has taken a slightly different route. 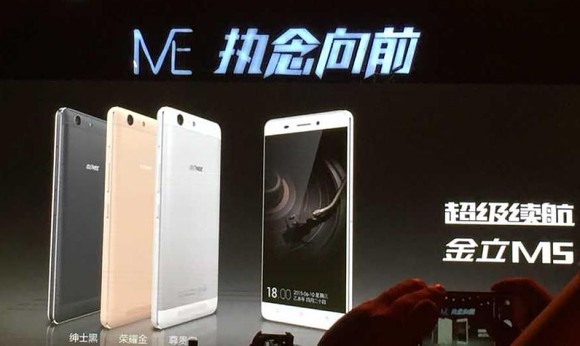 The innovative smartphone packs a pair of batteries instead, each 3,010mAh in capacity for a total of 6,020mAh. Fast charge is supported too, and the phone uses dual charging chips, to charge both batteries at the same time, similar to Oppo’s VOOC concept. That results in faster charging times, while keeping temperature down, and thus increasing safety.

There’s also some software optimizations to help in prolonged autonomy, like background app management and and smart power consumption management. All that should mean that the Marathon M5 will last you four full days of heavy use. They’ve also achieved that while keeping thickness to a more-than-manageable 8.5mm.

Battery tech aside, the M5 is a pretty regular lower midrange device. It sports a 5.5-inch 720p AMOLED display, which is not exactly a tech masterpiece, but should do the job, while keeping energy consumption low. 2GB of RAM and 16GB of built-in storage are on board.

The Marathon M5 comes with dual-SIM slots and a separate microSD slot for expansion, so you don’t have to choose which feature to use. There’s also a 13MP/5MP camera combo for capturing memories.

Hmm u got a point there buddy. I mean can one easily talk on such a big phone??