Two new Gionee Elife E8 teaser images have been released, focusing on the features of its camera. One image of the device is showing the gold finish on its back along with the alleged 23MP camera with dual-tone LED flash. Below it sits a fingerprint sensor. 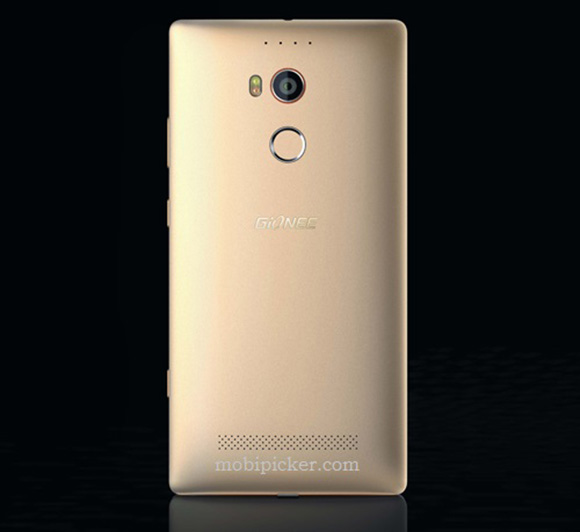 The audio port is visible on the top in the center, while the microUSB port sits on its bottom. The speaker mesh rests just above the bottom, while the rear microphones are placed on top.

The 23MP image sensor of Gionee Elife E8 might offer lossless zoom, which was first spotted in Nokia Lumia 1020. With lossless zoom, magnification into the screen to get a better frame results in a negligible loss in quality. Yesterday we reported about a purported render of the upcoming Gionee Elife E8 showcasing a metal body. Besides that, the buzz around the E8 is focused on the 23MP camera which is rumored to interpolate photos to 100MP.

Previous reports suggest that the Elife E8 will feature a 2K AMOLED display, MediaTek MT6795 chipset with octa-core CPU, 3GB of RAM, 32GB of built-in storage, and 3,250mAh battery. Tipped to have a thickness of 9.6mm, the E8 will run Amigo 3.0 UI based on Android 5.0 Lollipop.

Gionee smartphones are amazing. don't say anything against them. And mind your own business.

It's a mediatek processor is not gonna be strong enough to process good camera quality.

that design, its so lumia 930 -_- why chinese always copy