Gionee Elife S5.5 is the thinnest smartphone in the world

Gionee has announced what the company claims is the thinnest smartphone in the world. Aside from boasting the most impressive 5.55mm waistline, the Elife S5.5 runs an Android-based Amigo OS, sports an octa-core 1.7 GHz processor, 2GB of RAM and a duo of 13 MP and 5 MP cameras (back and front). 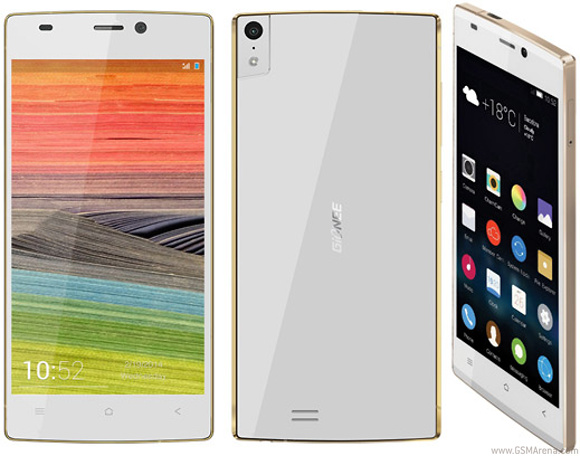 The device also has a 5" screen, 2,300 mAh battery that should go a full day with 3G on - an LTE version will be arriving in June.

The Elife S5.5 will cost around $370 in China and Gionee expects to release the device in 40 other, unspecified so far, countries.

The Gionee Elife S5.5 nudged the Vivo X3 and its 5.75mm profile from the slimmest smartphone spot. For reference, the Huawei Ascend P6 boasts 6.2 mm of thickness while the iPhone 5s (and iPhone 5) sit at 7.6 mm.

is it single sim or dual sim??