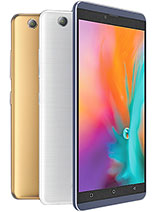 Gun , 27 Mar 2016Julio friends I have purchased it yesterday.. Every thing is fine but I am getting the hot-spo... moreHey Julio..!
There is no such problem with me.
Maybe the problem is in your device.
Get it checked...!

Primach, 28 Mar 2016Bro its a battery problem i was also getting the same but now it is not charging even when offCharging does take time more than usual.
Advice: Charge it during night..!

I have been using this phone for 3 months now.
Flaws:
- does have a heating problem
- few apps misbehave when overheat

Goods:
- superb battery backup
- camera is awesome (both front and back)
- display is amazing
- most importantly heavy games run smooth just like knife on butter

Anonymous, 06 Mar 2016Can anyone plz tell me how much time does the phone take for a full charge? Mine too about thr... moreBro its a battery problem i was also getting the same but now it is not charging even when off

Julio friends I have purchased it yesterday.. Every thing is fine but I am getting the hot-spot problem... Mean to say that I am trying to share the internet to other but I am unable to do that and also when I am using Xander and creating group others are unable to join that.... If any body have any solution so plz help me

total waste of money....worst feature with 3gb ram....its only a showpiece

Gionee s plus camera capture quality is very bad and slow.it take 4 to 5 sec..
camera's flash doesn't work in dark.
it is totally waste of money.
don't buy this phone.

This is the worst phone i ever purchased. it claims to be one of the best but it hangs alot , you cant play games. there is no point of downloading application if you are not going to use it . it heats up easily , performance is really bad, really disappointed , will not buy any gionee phone ever...........worst experience ever

Nick, 12 Mar 2016B ware of this phone no need to beware of this mobile. From my experience, it is the best mobile.

This is the best phone. Good camera, good speed, audio quality is also very good. I liked its features so much. It does not take too much time for charging. All good features are available at very reasonable price. I would like to suggest you that if anybody is looking for affordable mobile and want to have all features of smartphone, it is the best affordable smartphone.

welflower singh, 09 Mar 2016It's takes too much time to charge full battery Other wise good... I had the same problem.. I visited the service centre n got it solved.. Now the phone get charged preety faster..

plz suggest me the best.....need report abt battery..camera..and ram of both two..... and any heating issues...hang..battry???plz plz ...its urgent

B ware of this phone

Aji kumar, 20 Feb 2016I am using Gionee S Plus since one month.It is a very good phone.It has a very good display an... moreMy charger also having problem aftr a month but I went to gionee service center nd they replaced it.

Guys, I bought two mobiles both has problem with speaker. Play music or video and mute the audio. You can either hear a fan sound from rear speaker or some kind of krriikk chirr sound. This the fourth complaint I have ever heard. Everyone check it please

signal problem is frequent. can anybody suggest me how to solve it.