Gionee is all set to launch the Elife S Plus phablet in India, apparently. Teasing the device on its Facebook page is part of the story, but the folks over at PhoneRadar have also managed to get their hands on a live unit and some press materials.

The smartphone will come with a 5.5-inch AMOLED display protected by Gorilla Glass 3, though the HD resolution isn't spectacular. It will be powered by the Mediatek MT6753 chipset with an octa-core processor coupled with 3GB of RAM. Built-in storage is quoted at 16GB with the option for expansion via microSD. 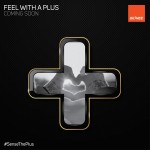 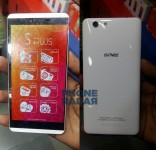 A 13MP primary camera on the back is paired with a single-LED flash, while the selfie shooter is a 5MP unit. Battery capacity is listed at 3,150mAh and filling up is done through the USB Type-C port on the bottom.

The Gionee Elife S Plus will boot Android 5.1.1 Lollipop with the company's home-grown Amigo OS on top, in its 3.1 iteration. The LTE-enabled smartphone will have dual-SIM capability and all of the above will be yours for INR 16,999 ($260).

1- mediatek is not as powerful as snapdragon it is cheap processor 2- 1.3 ghz proc. with 3 gb ram looks like honda cbr having splandor engine 3- 5.5 inch display and not full hd 4- cheap plastic on back 5- having 4g still video call facility ...

Gionee ... plz tell me when u will give the Gionee E life E7 Update of lolipop....