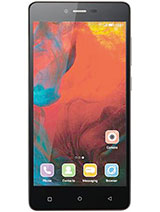 The problem of my Gionee F103 is file manager which will make phone high and slow. But I like it well.

Anonymous, 06 Mar 2020My network is very slow, i don't know whyOf course, the phone is too slow,I dont know why? But I want know!

My network is very slow, i don't know why

AnonD-700718, 15 Sep 2017I was so displeased with the Xiaomi Redmi Note4 UI, overhyped 13mp back camera and 4100mAh and... moreThanks for the info, I was about going ahead to search for solutions to the 2G and slow battery issue, but following ur info I won't, but rather buy a 4G modem to use. Thanks agsin

Vickkymoney, 23 Mar 2019The phone playstore is china even the apps but it has good memory storage.so bros dont mistake... morePlease, what of the camera, battery and how much is the fairy use

Yes, right guys. Play Store problems! I've had used two Gionee phones in my life, and the biggest problem is Playstore. No matter what you do, the Play Store won't work properly. But anyway, I love F100 since the price was very affordable and the performance was outstanding although only with 1GB of RAM. Gionee also had problem with BAD ENGLISH translation for their system. The camera is quite awesome though.

The phone playstore is china even the apps but it has good memory storage.so bros dont mistake of buying it

this phone has play store problem...
the internet is not fast....
it can't even collect play store...
I can't do Snapchat...👿👿

kaycee, 04 Nov 2017I have downloaded my playstore..but its still not opening.. Its showing..unfortunately play st... morePlay store problem

worst product of gionee😤😤😤
if you intended to buy this phone pls think 20 times...

My phone is showing only 2g

please my gionee is having storage problem and it s written in the storage space that it has 64gig and also that it has 3gig ram but despite all these things it still kind of slow . if anyone has a solution please help .

c jay black, 03 Apr 2018this people are bunch of cheats ,how can they such a nice phone but limit it to 2g network and... morephone is good the problems i have with is the charging port , battery drain faster and the charging port.

this phone is useless it only works on 2g network I have tired everything possible still 2g....the phone is very useless to me....nonsense!

The phone does not enable 3g or 4g network.... Its fake

Total of 604 user reviews and opinions for Gionee F103.
ADVERTISEMENTS