Gionee's upcoming GN9005 smartphone stars in a couple of newly released photos coming in hot from China. The phone measures just 5mm thick and is on track to be the world's new slimmest smartphone. 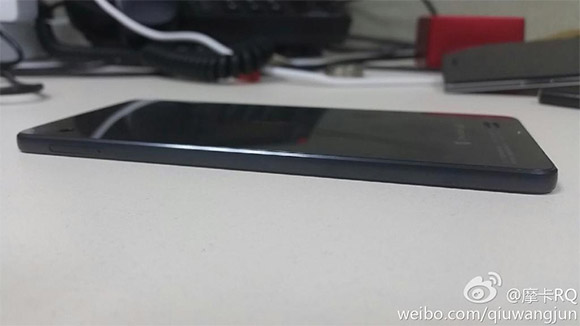 The Gionee GN9005 will come with a 4.8" 720p AMOLED screen, resulting in a pixel density of 306 ppi. The phone is already certified by China's TENAA authority, meaning it likely won't be long until it becomes available in that market.

The rest of the phone's specs include a quad-core 1.2GHz processor (presumably Cortex-A7) with 1GB RAM. Despite its thin waistline, the phone is rumored to pack a respectable 2050mAh battery.

At the back there's an 8MP camera with LED flash and 720p video recording. At the front, we can expect a 5MP snapper. The Gionee GN9005 will run Android 4.3 Jelly Bean out of box.

Neither pricing nor availability are currently known, but Gionee certainly knows how to make thin devices with eye catching design. To get a taste for what Gionee can offer, check out our review of the ultra-thin Gionee Elife 5.5.

thinner phone with reduced performance hardware to fit. But sure it will look nice.

maybe this is a budget level device from gionee, it will be a hit if its under 12K in india, considering the good response company has received here due to durable hardware Gionee offers.