Gionee M7 is official with FullVision screen and dual cameras

As scheduled the Gionee M7 debuted today with a FullVision screen of 18:9 ratio and huge 4,000 mAh battery. It is the first phone with Helio P30 to hit the market after Mediatek announced the new chipset in August.

The CPU of the Gionee M7 has eight Cortex-A53 cores, four of them clocked at 2.3 GHz. There is 6 GB RAM and the internal memory is 64 GB with microSD slot for up to 256 GB more.

There is a dual camera on the back. The main sensor is 16 MP with the secondary being 8 MP. The back also houses an LED flash and a circular fingerprint screen.

The power button and the volume rockers are on the right side and the phone lacks a home button on the front because of the big screen. One thing that has to be on the front is the selfie camera - Gionee put an 8 MP snapper next to the earpiece. 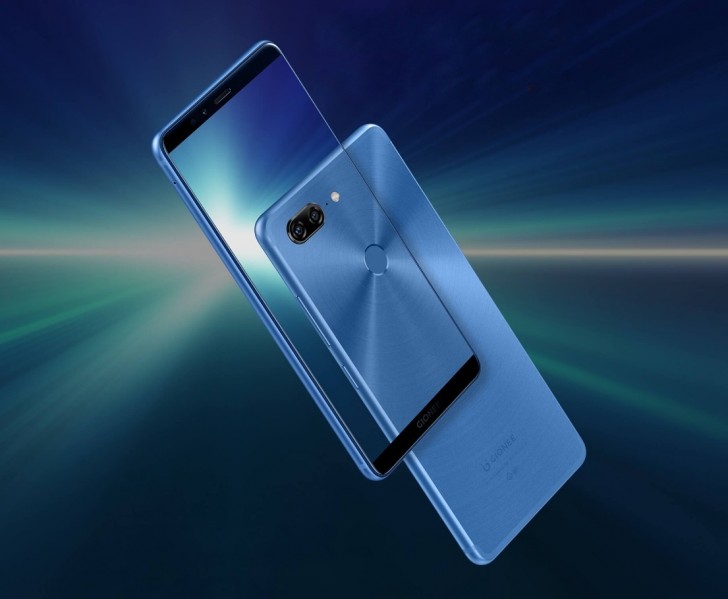 Gionee offers the M7 in five colors - Sapphire Blue, Star Blue, Maple Red, Champagne Gold and Black. It will be available in China for CNY2,799 ($422) from September 26.

This scam was invented by Xiaomi, continued by Apple. Check their promotions for Mi Mix

I don't like this trend of making the phone look more bezel-less and stunning in the promotional images than it is in real life, by masking the side bezels.