Gionee M7 Plus shows its full specs in benchmark leak

We've heard very little about the Gionee M7 Plus and it's ever only been seen once. It's expected to have a bigger 6.43-inch screen than the 6.01-inch Gionee M7, which launched back in September.

Now, thanks to an AnTuTu and GFXBench listings, we're getting a clearer idea of its specs sheet. Key among the changes is the replacement of the Mediatek Helio P30 of the M7 with a Qualcomm Snapdragon 660. 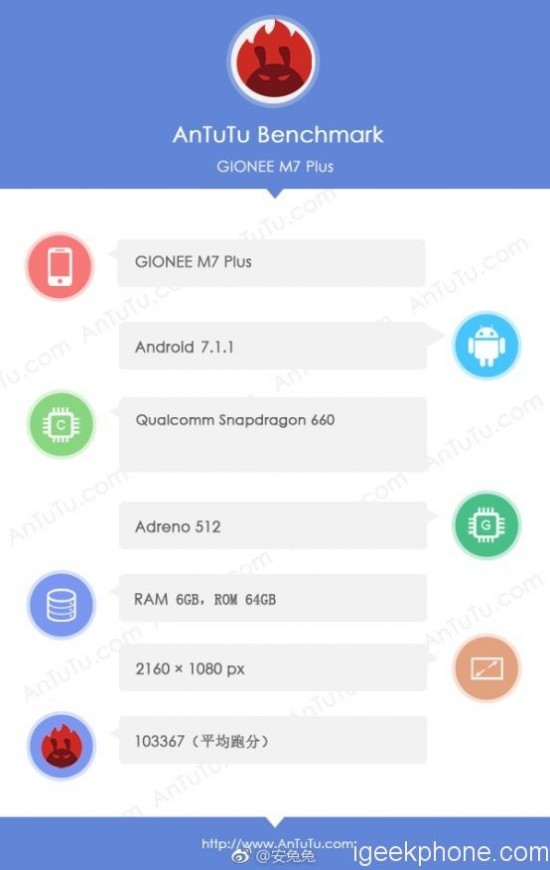 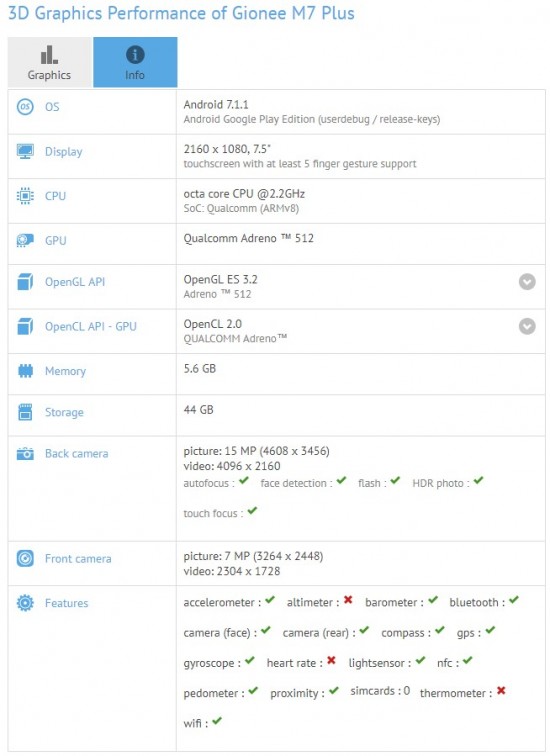 Finally the cameras will be a 16MP main snapper with 4K video and an 8 MP front one.

Rumor has it Gionee will unwrap the M7 Plus on November 26 at a special press event.

A 7.5"!!?? Really all the advancements in Tech and Geekbench still have problems reading screen sizes!!

'cause usually they're the ones that are ignorant.