Yesterday we told you about a Gionee phone with an edge-to-edge display that is bound to arrive soon. Today the Chinese company released four more teasers of the phone, along with the name Gionee M7 Power. 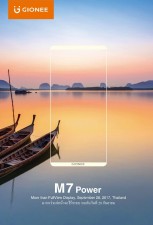 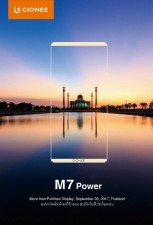 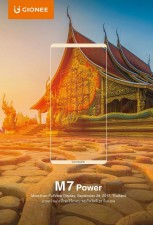 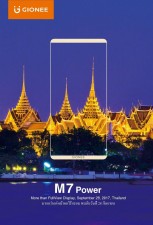 The images reveal the phone that will arrive with practically no bezels on the side and minuscule ones on top and bottom of the front panel, leaving no room for a front-placed home button or fingerprint scanner.

A Gionee phone with unusual 18:9 aspect ratio appeared on GFXBench, and that might be the Gionee M7 Power.

The listing might also be a regular Gionee M7 like we suggested yesterday. Hopefully, all will be clear once the phone is launched at the end of September.

"big cinematic experience in a phone" Black bars on left and right? Is that the cinematic effect you're talking about?

Full view display is from JDI in Japan.. Full Vision display is For LG phones.only..