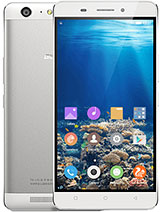 Bill $ubiyke ,Enugu , 24 Aug 2016I just bought this phone a few days ago, prior to that i read extensive reviews and user opin... moreSo GIONEE M5 cannot is not amenable or compatible with SD card ? So why the provision for installation >?

My findings after 2 months of heavy usage of Gionee M5
(1) Battery life is quite good but not anywhere near what is promised and advertised, I was disappointed with it its battery life as it doesn't last too long like was promised.

(2) Phone hangs a lot during heavy downloading from Google play store and browsers, but it plays most graphic intensive games very well without issues.

(3)Gold colour looks and appears much polished and attractive than other colours.

(4) Camera quality is quite good even in the dark but not the best out there.

(5) Sound quality through good earphones is very very neat, loud and clear, probably due to the DTS sound engine built into the default music and video player, however note that u won't get the DTS sound effect and quality if u use 3rd party audio and on players. But the external speaker is not loud enough and tends to suppress sound a lot though it has some little bass when songs are being played through it.

(6) Unboxing packaging contents is quite rich and of high quality, though the supplied earphone in my unit developed fault in just 3 weeks of using it even though I was very careful in handling it but it is a general problem with most wired earphones, they hardly last beyond few months.

(7) For those complaining about keyboard sound or voice feedback while typing simply u install the default keyboard and download many other far better keyboards at the Google play store.

(8) One major disappointments and frustration I have with Gionee M5 is that lack or inability to move apps and games to the Micro SD Memory Card, I have the version with 16GB Rom with 2GB RAM and my internal memory is already filled up while I still need to install a lot of games and apps from the play store, I have tried everything to move my apps and games to Micro SD but it's just not possible unless Gionee releases a firmware update to address the issue.

(9) The phone looks and feels quite premium and sturdy, it is heavy too.

(10) The default carefree launcher crashes a lot but u can try Apus Launcher which is far better, faster, more fluid and much more featured.
(11) The screen quality is quite impressive and good, I have always been a fan to Amoled displays which clearly and obviously is superior and better than other types of displays but Gionee should have made the M5 display Full HD instead of just 720p, this would have the screen display quality to be excellent.

(12) USB on the Go feature is a very good and rare feature, it reads and support most kinds of Flash drives and external disks including mobile phones and PDAs.

(13) Infrared remote is a very special uncommon feature that let's u control almost any device that supports remote controlling.

(14) Overall the phone is quite feature packed for its price range and it is also of very high quality, in my experienced opinion I think it is much better than many other less known brands.

(15) Finally anybody buying the Gionee M5 should have it in mind that there is likely not going to be any update of any kind coming to the phone, that means u are likely to be stuck to Android 5.1 and Amigo 3.1 unless there is a miracle some day.

If u have any questions for me concerning the Gionee M5 or any other phone at all which you want to buy or have already bought then contact me on +2348033703915 or email me at subiykeclifford@yahoo.com, I will try my best to solve your problems and answer your questions as I am quite good with mobile technology.

NikGioneeM5User, 29 Aug 2016Does any body also have vibration issue in Gionee M5???? I have a problem where vibration s... moreI can't minimize on my m5 the button not responding

Gionee M5 User, 14 Sep 2016Is there really a Cynogen mode available for this phone??? If YES, plz can I av d link? THANKSHow please???

GRV, 31 Jul 2016I am using M5 since 6 month, everything is fine except network strength problem. Its showing l... moreI m facing similar problem

GusN, 13 Sep 2016Install Cyanogenmod.Is there really a Cynogen mode available for this phone???
If YES, plz can I av d link?
THANKS

Gionee M5 User, 12 Sep 2016Dear Gionee, Plz we bought this phone after u guys hyped d phone that it can do soooooooooooo... moreInstall Cyanogenmod.

Dear Gionee,
Plz we bought this phone after u guys hyped d phone that it can do soooooooooooooo many things. But less than a year later, even less costlier phones like Gionee S plus now av Marshmallow updates, while we keep on using this OUTDATED lollipop. Even cheaper Infinix phones now come with Marshmallow out of d box. Please don't make us regret buying this phone.
Thanks.
Yours Sincerely.
Frustrated Gionee M5 user

Bill $ubiyke ,Enugu , 24 Aug 2016I just bought this phone a few days ago, prior to that i read extensive reviews and user opin... moreI will advice you to never install apps on SDcard. Sometimes apps widget and lunchers tends to crash down memory cards which will lead to lost of files or data. Trust me, you don't want to experience that too. There's a reason why the company made the apps to be installed only on storage memory.

Give us update Android 6.0 update for M5. Gionee is expensive and less useful

I can't read messages on my device. It indicates that the number of messages received but wouldn't open

Bill $ubiyke ,Enugu , 24 Aug 2016I just bought this phone a few days ago, prior to that i read extensive reviews and user opin... moreTo turn off the keyboard voice feedback : goto settings n navigate to advanced settings n goto accessibility n den turn off all added apps like speed+engine, DU battery saver or 360 battery saver n all will b fine.

Please, I was unable to download any app on my Gionee M5. Thanks

Stephanie, 27 Aug 2016Pls dear my own broke and I don't know where to change itMy gionee m5 can not be charged any longer when it is on, but I can manage to charge it when it is off. It vibrates at its will. Any body with technical solution please?