Gionee has officially announced it is preparing to launch a new, ultra-slim smartphone at the Mobile World Congress in Barcelona in March. More specifically, the yet unnamed phone will be launched at Hall 8 on March 2015. 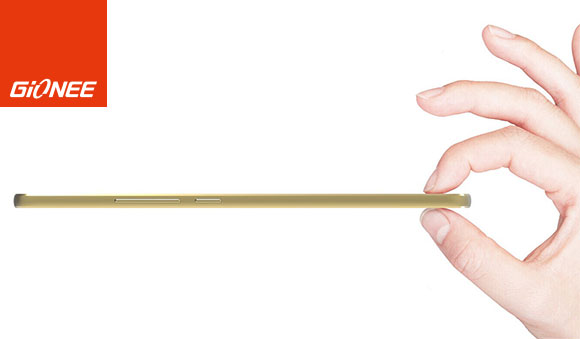 "The race to make the slimmest smartphone was getting out of hand. Going so slim is actually not benefiting user experience without the performance to back it up," said by Oliver Sha, head of global marketing of Gionee. It'll be nice to see what the company has in store, but it's clear that Gionee isn't the only one wanting to carry the crown of thinnest phone manufacturer.

The company's thinnest smartphone is the Elife S5.1 measuring just 5.2mm thick, but it was decrowned by the Oppo R5 at 4.9mm. Subsequently, Vivo came out with the 4.8mm X5 Max, but in the end the Coolpad Ivvi K1 Mini with its 4.7mm profile is currnetly on top.

It wouldn't be surprising to see Gionee's latest smartphone to carry a MediaTek chipset and either a 720p or 1080p display. Either way, we're in for a lightweight phone with a non-removable battery. Here's hoping the later is larger than Elife S5.1's 2050 mAh unit.

Once again waiting to see the world slimmest Smartphone from Gionee. Hope the same available at affordable cost.