The Gionee S10 was certified for sale in China by TENAA last week, and today someone in possession of a prototype thought it was a good idea to have it run GFXBench. Thus, as always, the benchmark has stored quite a few details about the phone's specs in its database.

Let's just get one thing out of the way first. For whatever reason, GFXBench seems convinced that the S10 has a 12 MP rear camera, but that's not true - the TENAA listing details a 13 MP + 13 MP dual camera arrangement. 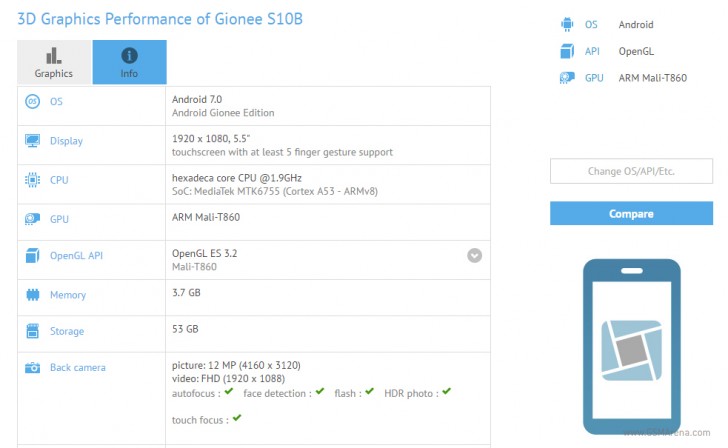 According to past leaks, it should be kept running by a 3,700 mAh battery. The S10 is going to be available in gold and black, and we assume that its announcement is right around the corner at this point.

I keep asking myself this question as well. When oppo did it, no one cared, but because apple does it, they get a ton of heat.

how come people only made fun of iphone when theres already android phone with no hp jack before apple did ...

"Hexadecacore chipset", according to GFXBench. Mediatek is infamous for including more and more cores but 16 cores? Damn, that's a new height.