Gionee announced a new Pro version of its successful Elife S5.1 smartphone from last year. It brings a bigger display, a better GPU, more RAM, higher resolution cameras and a microSD slot. Oddly, according to the sources, the Elife moniker is missing from the S5.1 Pro. 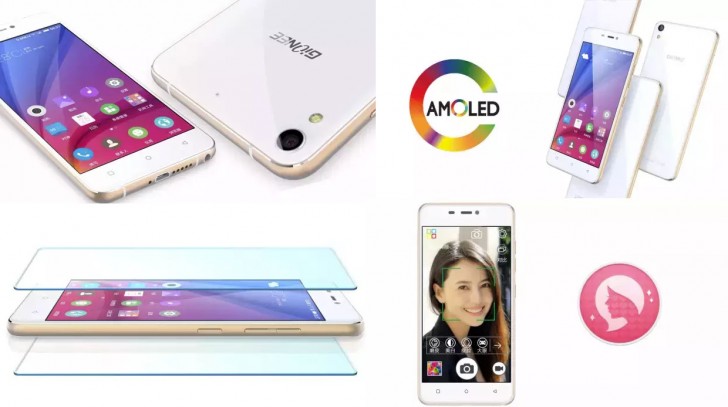 The rest of the specs include 16GB storage expandable via a microSD card, a 13MP rear camera and an 8MP selfie snapper, and a 2,400 mAh battery. The S5.1 Pro is just 6.35mm thin and weighs 129 g. Just like its predecessor, the Pro version is quite a looker relying on a dual glass design glued with a metal frame.

The S5.1 Pro is a dual-SIM smartphone and runs on the latest Android 5.1 Lollipop skinned with Amigo 3.0 launcher. It is offered only in while color with gold frame.

The Gionee S5.1 Pro will hit the shelves in China this month for around $300. There is no word on an international availability just yet.

Thanks to everyone, who sent this in!

if inside using "android" , everything they do it first ~ as usual