Gionee may have declared bankruptcy at the end of 2018, but the brand is still around. Here’s some proof: it just unveiled a new phone, the Gionee Steel 5.

The phone is built around a 6.2” IPS LCD with 720p resolution. Up top is the 13MP selfie camera in a teardrop notch. Around the back is square camera bump housing the 12MP camera and 2MP depth sensor, plus a two LED flash.

The phone’s best feature is probably the 5,000mAh battery. It could have benefited from fast charging, though, you only get the bare minimum of 10W. The phone features 4G connectivity and two SIM card slots.

The Gionee Steel 5 runs “AmigoOS” based on Android 9 Pie. It comes in two memory configurations, 4/64GB and 6/128GB. However, the chipset inside the phone is as yet unnamed – all we know is that it has an octa-core processor. 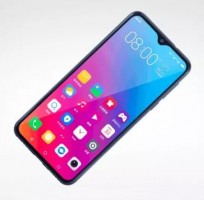 Details about the availability and price of the Steel 5 are still to be announced.

if it comes with Mediatek Dimensity 1000L or Mediatek Helio G90T. Good phone with good performance and cheap price. Pubg Player will happy to buy this.