After rolling out to unlocked units in Japan this week, the Huawei Honor 8 Nougat update has now started hitting units in several other countries as well. It's a heavy update that weighs in at around 2.23GB, and brings along EMUI 5.0, which debuted on the Mate 9. 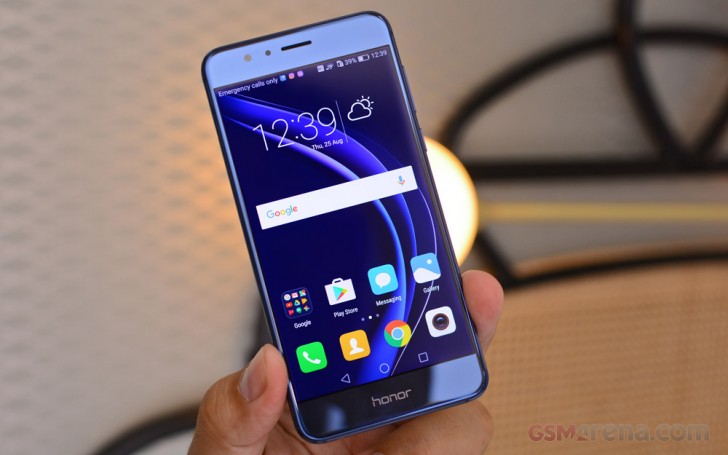 The update that rolled out in Japan was under 2GB in size, and it also included some system-related optimizations, stability-related improvements, and better app versatility. So, while it's currently not known exactly what the global update brings along (aside from EMUI 5.0), it's safe to assume that a lot of other changes are included.

I wonder Kirin 950 chipset was capped to record video on FHD 1080P resolution,the CPU that runs the chipset was pretty powerful actually except for the Quad core Mali T880 GPU was quite mediocre.Anyway Honor 9 might show us the change that we want fr...

The chipset itself was really capable,performance to value wise smartphone.I love how Huawei create Honor 8 in a very attractive design,the 15 layer glass back reflect the light beautifully.One Plus 3T was a formidable phone on its category,I never d...

Agreed brilliant phone for it's price,only thing it needs is a bit better video recording and OIS (other than the one it has on 1080&30 fps one).And maybe a 4k recording but i am satisfied with this one too.