Gmail now nudges you to respond to older emails

Gmail's been in the news a lot lately. First, there was the redesigned user interface. Then, Smart Compose launched with the promise of you never having to manually type an entire email again.

And now Google is adding yet another new feature. The service will nudge you to reply to emails you may have missed (and which you've received a few days ago). Additionally, it can nudge you to follow up on emails for which you haven't received a response. 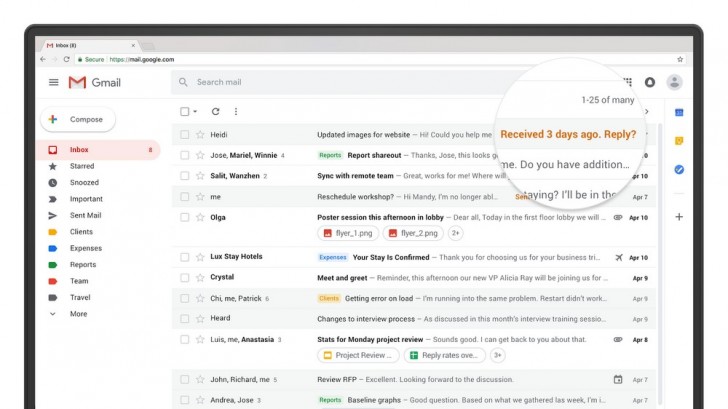 This is an AI-powered function, so the intention isn't for it to be annoying, but useful. Hopefully it will be able to discern exactly which are the most important emails for you and only nudge you regarding those.

In any case, nudging is on by default for users with the new Gmail interface, but you can turn it off if it gets too much. Just go into the settings and uncheck one or both of those boxes.

The feature should be rolled out within the next three days.

It's not a merely dream. It's the future, dude.