Gmail will let you attach emails to emails

Gmail's newest feature is definitely an interesting one, weird as it may sound. The email service will let you attach emails to other emails - without needing to download them first.

Just drag and drop one or more emails into the Compose window and you're all set. Alternatively, you can select one or more emails from the conversation view, and using the overflow (three-dot) menu button select "Forward as attachment". 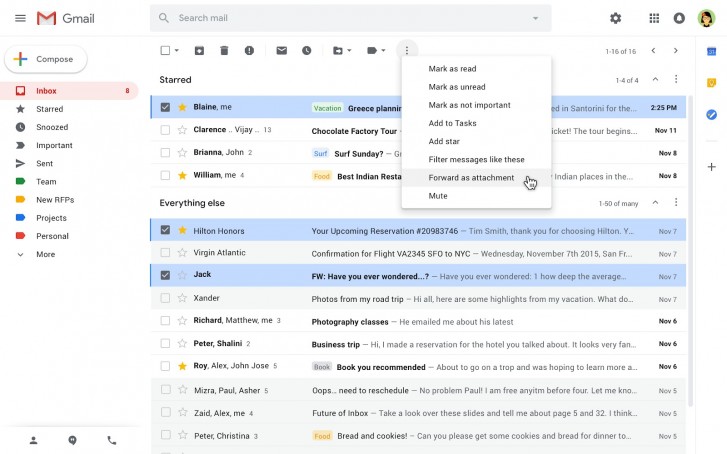 This sounds a bit out there, but there apparently are situations where attaching emails makes more sense than forwarding separate emails - say if you want to forward multiple messages related to a single topic. If you attach an email, the entirety of its conversation view (and stacking) will be preserved, making it much easier to follow by a third party than if you would simply forward every one of its parts, one by one.

Sending emails as attachments also lets you write a summary message to your recipients, preparing them for what they're about to read. The attachments can be opened directly in their mail client of choice, as every attached email becomes a file with the ".eml" extension. You can attach as many emails as you want. When you click on such an attachment, it will open in a new window.

The feature will be rolling out starting today and until January 21, at which point everyone should have it.

Microsoft has had this feature for many years, I used this in my workplace.

Wow this feature is very nice.