Google announces its second OnHub router, this one's made by Asus

A couple of months ago Google surprised everyone by getting into the business of designing and selling Wi-Fi routers. Its first effort in the space was created in partnership with TP-Link, and today a new model has been unveiled. This one is made by Asus.

The OnHub devices and the way Google does things with them by partnering with other companies that have been in the networking business already does certainly bear more than a slight resemblance to the Nexus program for smartphones and tablets, especially since Google is in charge of software updates for the OnHubs as well.

The second OnHub costs $219.99, which is $20 more than the TP-Link model. It's already up for pre-order at certain retailers such as Newegg and Amazon, but also in Google's own hardware store. Although the others are mum about this, Newegg does list a shipping date of November 3. 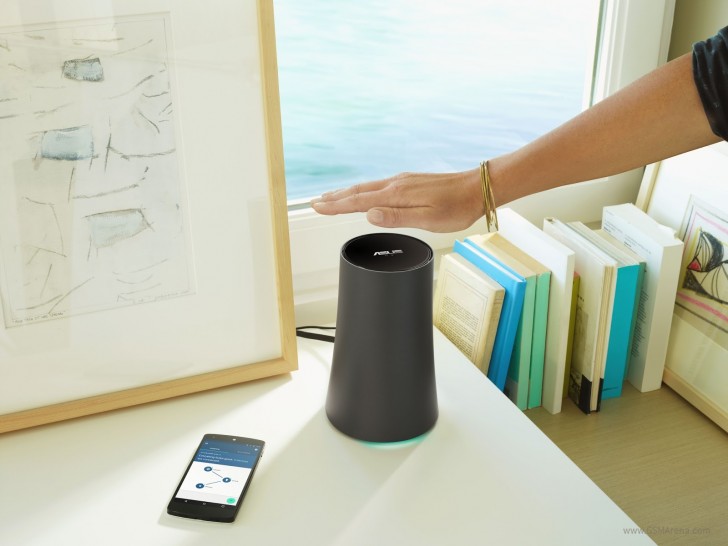 The Asus OnHub router has a cylindrical design that's similar to that of the TP-Link device, but not identical. The new feature the Asus comes with is gesture recognition - you can in fact wave above it to get it to perform certain tasks, such as prioritizing a particular device that's connected to it, thus giving it more bandwidth.

You control an OnHub router through the Google On app you install on your phone or tablet. Software updates for the routers happen automatically when the network isn't being used, and in fact Google says the first rollout will land soon, bringing with it a new smart antenna algorithm.

That has to do with the way these routers dynamically vary the band they use, the channel, as well as how many antennas, for each transmission to and from each of your devices. All of this is supposed to make the best possible use of Wi-Fi spectrum of course.

Spec-wise, here's where the Asus OnHub stands. It has AC1900 support, a 1.4 GHz dual-core CPU, it's Bluetooth Smart, 802.15.4, and Weave ready, has a congestion-sensing radio, a Gigabit Ethernet WAN port, a single Gigabit Ethernet LAN port, one USB 3.0 port, a speaker, an ambient light at its base (which tells you the network status through different colors), and a proximity sensor on top to enable that waving gesture.

these onhub routers, need more ethernet ports and USB ports for storage and printer sharing, and they are really not worth upgrading from your ISPs router, especially when they are coming with AC and gigabit.

I have had three Asus ac routers and they have all had issues. One is still working, but not very well. I am now using it as an extender to an Apple AirPort Extreme, but my devices drop connection to it randomly, so I mostly connect directly to the A...