Google Calendar for Android gets 'everyone declined indication' feature

Last week, Google added a new feature to its Calendar service that lets you know when everyone declines an event created by you. The feature was initially only rolled out to G Suite users, but it is now available to all users on Android.

Google Calendar for Android has just been updated to reflect the addition of this functionality. Here's what the changelog says:

The indication (that everyone has declined your event) appears in the form of an exclamation mark, as shown in the left screenshot below: 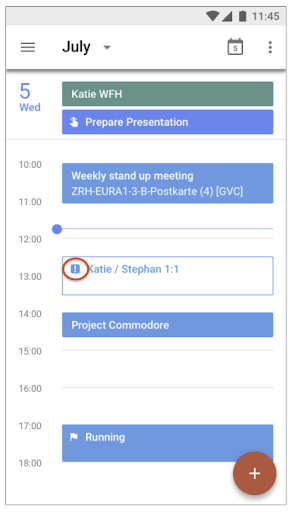 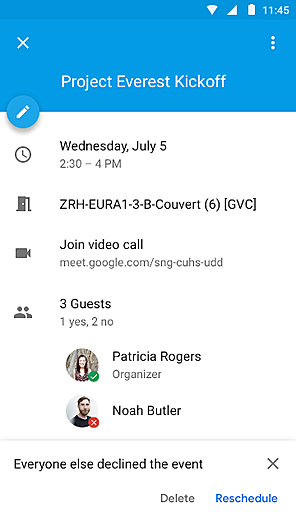 So whenever something like this happens, you have three options: cancel the event, reschedule it, or dismiss it. The updated app containing this feature can be grabbed from Google Play Store (head to the Source link below).