Google confirms Assistant is not rolling out to tablets

The Google Assistant has been in the works for some time now. The helpful AI made its debut in Google Allo and then lingered for a while as a Google Pixel exclusive. Thankfully, the online giant decided to give its partners some love and the Assistant in now part of a wide Android 6.0 and up roll-out. 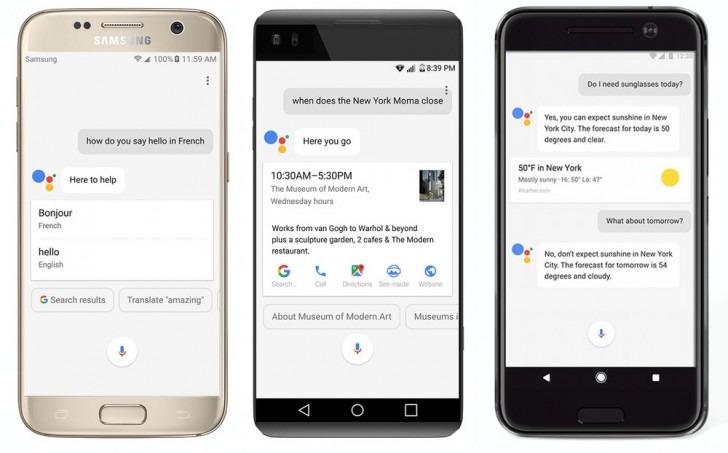 So, it is clearly being groomed to act as a successor to Google Now for most users. However, the original release notice only mentioned Android smartphones with no talk of tablets whatsoever. That was an easy detail to glance over, but now it's clear it was no accidental omission. A Google official clarified that tablets will not be covered by this initial Assistant release:

The Assistant will be available on Android Marshmallow and Nougat phones with Google Play Services, this does not include tablets.

This is kind of baffling and definitely a marketing decision above anything else, since there is not much difference on a software level between either class of device when equipped with Google Play Services. Still, this doesn't necessarily rule-out a tablet release at a later point in time.

If you don't mind doing a bit of the work yourself you can always edit your Android build.prop file and have Assistant up and running in no time. After all, lying a little bit to an AI can't be all that bad.

Not going to tabelts? I got it on my google pixel c.

Google gave up on Android tablets. But as long as Google doesn't restrict the screen size requirement, it would still work on phablets.

Well, hello there android fanboy. You alone? No one dare to defend this asisstant anymore. Look at the comment section so empty and quiet.