Two reports from a few months ago claimed that Google was working on two high-end smartwatches of its own, which were supposed to debut alongside the Android Wear 2.0 release this year. But then the new version of the company's wearable OS got delayed until 2017, and so we assumed the launch of the watches was postponed for that reason.

It turns out that's exactly what happened. Today Jeff Chang, Google's product manager of Android Wear, has confirmed that the company is developing two flagship smartwatches which will be on the market in the first quarter of next year (so before March 31).

These will be the first devices to launch running Android Wear 2.0, but then throughout 2017 we'll reportedly see more watches powered by the new OS version, from other partners. Some of those may even present their wearables at CES in January, while others will wait for Baselworld in March. 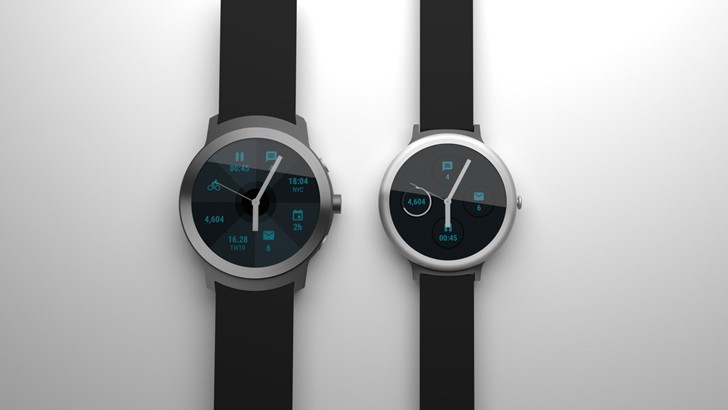 Google's watches will not be Pixel-branded as you may have expected, instead they will carry the name of the company that's making them. Which company that is hasn't been revealed, only that it's one that has created Android Wear smartwatches before. Chang compared the development of these devices to the now-dead Nexus program for smartphones, in which Google worked closely with a hardware partner for each handset and the final products were co-branded.

The fifth and last developer preview of Android Wear 2.0 will be out in January. Google Assistant support and Android Pay are both going to be features of the final release. Obviously, watches without NFC won't be able to support Android Pay. On the other hand, if you do have an Android Wear device with NFC, the payment platform will work even if it's paired to an iPhone.

So, they're going to be branded Foxconn?

They possibly cost more than a rolex watch alone.

You will look like Sailormoon or Power Ranger when you take a picture with that camera on a smartwatch.. Hahaha.