Google has renamed its Messenger app to Android Messages [updated]

Google's Messenger app has received a new update. While in terms of functionality, there aren't any major changes, what's news-worthy is that the Mountain View, California-based company has changed the name of the app. 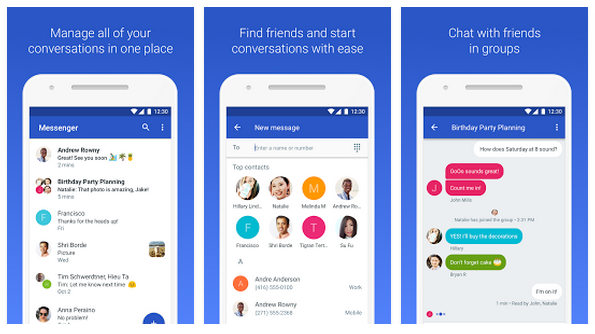 Aside from name-change, the other changes included the update are bug fixes, stability improvements, and simpler sign-up for enhanced features on supported carriers. The updated app is now available for download from Google Play.

The list of companies that have jumped on to Google's RCS bandwagon has grown significantly. The search giant today announced that as many as 27 more carriers and device manufacturers have joined the list.

This means that all these carriers and manufacturers (including Google of course) will preload the new Android Messages app on their new devices, taking the app's subscriber base to over 1 billion.

Aside from this, Google has also announced a new Early Access Program that will allow businesses to "learn and build with the technology, influence the roadmap and standards, and be first to offer their customers an upgraded messaging experience," said Amir Sarhangi, the company's head of RCS.

OH no, not RCS!!! this is clearly going towards charging you per MMS/message.