Developers for Android have had to work around the crippling 50MB file size limit for a long time now. To take care of this problem, many developer devised a concept where you first download a small application from the Android Market and upon launching it would download the rest of the files from the developers' server. 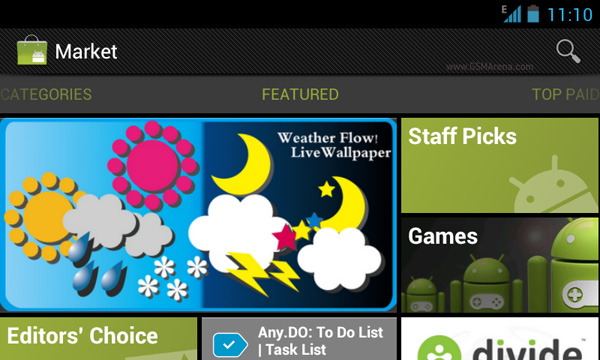 This came with its own set of problems. The user would not be aware of the total size of the app before downloading it. You were also often unable to refund an app, because by the time the additional data got downloaded, the 15 minute refund period for the app would be over.

Well, these days are now gone. First, in the case of such applications that need additional data to run, the 15 minute windows won;t start until the whole data is completely downloaded.

Secondly, Google increased the total application size limit up to 4GB for the Android Market. But it's a bit different than the way things work on, say, the App Store, for example.

The total apk size for the Android Market is still 50MB but now the developers can have two additional expansion files that can be up to 2GB each. The developer can store these expansion files on the Google servers instead on their own and they will get downloaded along with the apk file. Also, the user will be made aware of the final size of the app before downloading it.

One of the advantages of having this system is that when the time comes to update the app, the user won't have to download the entire thing again. Although the developers are free to use the expansion files whichever way they like, Google is advising them to use one of the expansion files to host all the important data and the other for updating purposes. This way, when the app needs to be updated, the developer can only modify the second expansion file and the user will only have to download it instead of the entire 4GB application all over again. Think of it as being similar to the delta updates available on iOS.

Of course, the user won't have to worry about or even know about these things and the process or purchasing or updating will remain identical. All of this expansion files business will happen behind the scenes.

The advantage of using this method over the one currently employed by the developers is that the Android Market allows downloads to run in the background and will even let you pause and resume the download. You can use Wi-Fi or 3G to download these large apps but if you use Wi-Fi and you move out of coverage the download will automatically be paused.

Hopefully, the developers will take to this new way of distributing large apps, which should make the lives of the users a bit easier.

maybe you're friend of jhun, as he made quite an intelligent post few posts below. do you even have any idea what this 1% stands for? how is that going downhill? your stated adoption of ICS meaning that the manufacturers have not yet adopted new iter...

HA -- knew that cloud computing would dominate everything.