Google has Maps and Street View, but the company is finally rolling out a real-life mixture of both. Navigation with Augmented Reality is reportedly being pushed to Local Guides, a group of people that are community reviewers inside the Maps platform. Google says the feature needs “more testing” before launching it to more users. 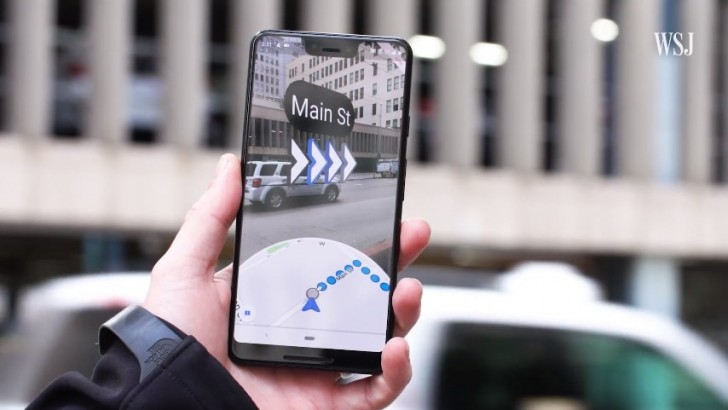 The app works quite simple - when you start it, Google wants you to look around to recognize the buildings around you and from then on you just follow the arrows. There is also a neat prompt to put the phone down when you’re walking; otherwise, you might bump into someone or something - or worse - walk on the street without looking around.

Although the AR feature is for smartphones, it will be way more practical in the (not so) distant future where we use Glass-like wearables. That way restaurants and other points of interest would pop up. Until then it would be a neat feature to get you through a city you don’t know that well.

That tab is lag fest.

Really you Marginal how same hours of video screen on time call time and audio if you consider 25-30% and improvement your really blind and caught up cuz every year is the same with and I don’t use my phone any differently from the past years Same o...