Following its latest update, which is already available in the iTunes App Store, Google Maps for iOS now comes with a night mode for the navigation screen.

It's incredibly surprising that this feature has so far been missing from the app's iOS version, especially since the exact same functionality has been available in Google Maps for Android for a very long time. 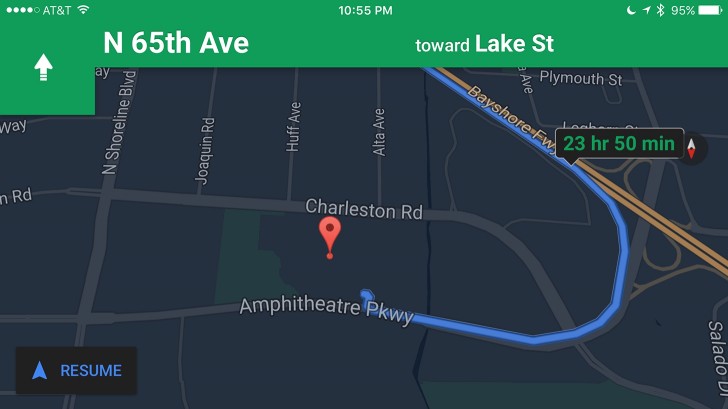 Regardless, it's now in there, so your iPhone won't blind you anymore while you're using Google Maps to navigate at night. Google Maps 4.9 for iOS also comes with the ability for you to label places so you can see them on your map and in search suggestions, and edit the photo captions you've posted. Additionally, the usual unnamed bug fixes are supposedly in too.

So you might not consider this a big update, were it not for that glaring omission of the night mode, which is now finally fixed.