When Google introduced the Nest Hub Max at the I/O back in May, many people got enthusiastic about the 10” smart display. However, we haven’t heard a thing since and it's only now that we get an actual date for its market arrival.

The device appeared on Google Store with the date September 9 for Australia, the United Kingdom, and the United States, although it has later changed back to “Coming soon”. 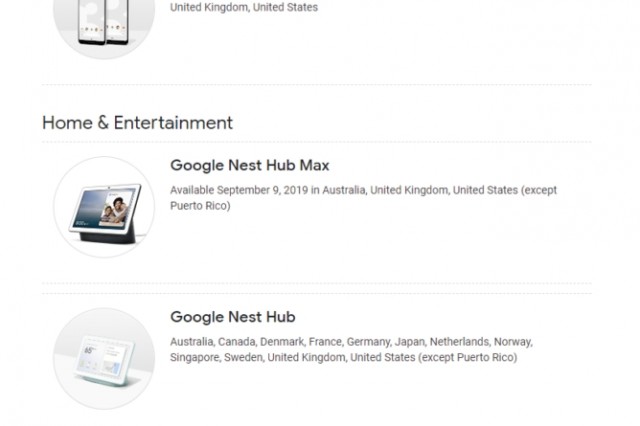 The date, spotted in a screenshot

This means we still have to wait a month and a half until the device starts shipping.

If you don’t remember what the Nest Hub Max was, it is a device with a 10” touch screen and a resolution of 1280 x 800 pixels. There is one front-facing camera with a 6.5 MP sensor and a massive speaker. It also has far-field microphones, Bluetooth 5.0, Chromecast and 802.11ac Wi-Fi connectivity options.

The price of the gadget is $229 in the United States, £219 in the United Kingdom, AUD349 in Australia. Some US retailers like Best Buy, Target, and Home Depot will also offer the device.

Meanwhile, you can enjoy the Nest Hub that is now showing availability in four European countries (Denmark, Norway, Sweden, Netherlands), making the tally of markets up to twelve.

I own a Google Home Hub, the 7 inch display and in conjunction with other smart devices it really makes my life easier. Taking the spy s'#t out of the conversation, we enter a world of amazing home automation that will really improve our lives. Excit...

Ditto - who would waste valuable resources listening to you!

When you maximize the amount of spyware and need a new catchy name for your product.