It's the next-generation Nexus and this time LG has the privilege. And when Google goes "My pleasure!", they most likely mean it. The Nexus 4 aggressively undercuts competitors' pricing as it sets out to wipe the floor with most of them in terms of speed and performance. 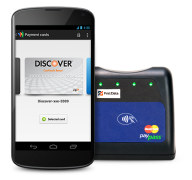 At only $300 SIM-free (when most flagships charge $200 on a 2-year contract), the Nexus 4 flaunts a 4.7" WXGA IPS display and the most powerful chipset in an Android phone at the moment. It has of course the latest Android OS and it will be the first in line to get the new ones as they come in.

If you are after an Android smartphone, it's hard to find reasons not to buy a Nexus 4, but some nagging doubts linger after the LG Optimus G review, where not everything turned out all roses and sunshine. Having spent some time with the Nexus, here's what we think are the headline features and what could've been better.

The two biggest complaints since the LG Nexus 4 was announced have been the limited storage and the lack of LTE. But even those things can be overlooked as LTE networks outside the US are just getting started and unless you play a lot of 3D games or have a huge music collection, 16GB should be adequate.

Anyway, the Nexus 4 looks certain to unsettle the competition. If it's available through the Google Play Store in your country, it's practically cheap enough to buy on a whim. With no contracts to worry about, we think there will be plenty of fresh Android converts.

Google Nexus 4 by LG in our office

And that's the main goal of the Nexus line - encourage people to use Google's services. Once you're in, you can buy music, TV shows, movies, books, magazines, get cloud storage and documents, even buy stuff in the real world with Google Wallet. The limited inbuilt storage begins to be less of an issue if you use Google Music and Google Drive, you don't need to store all that much locally.

The Nexus 4 is based on the LG Optimus G, so expect there to be a lot of similarities between the two phones but it also shares DNA with the previous Nexus phone. Jump to the next page to see if it has its mom's eyes or its dad's chin.

Press power button and volume down button in the same time

The volume of my ringtone is diminishing down to zero sound. Can anybody advise the likely cause and cure?

should i buy this phone