The battery on the Nexus 6 has been one of the sore points of the phone. It would have been one thing if it was just a case of poor battery life but the phone also has technical issues with the battery, where it has been found in several cases to swell, causing the rear cover to pop open. 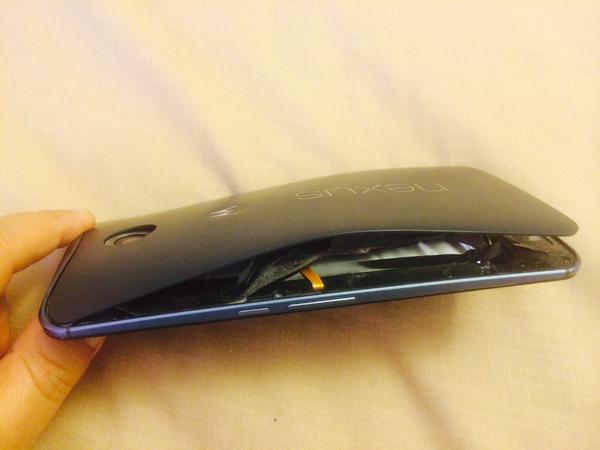 In case of this particular user, however, it didn't just swell. The battery on her Nexus 6 actually exploded, although thankfully, there was no fire. This happened while the phone was lying unused, and not being charged. Not that that should cause the battery to explode, either.

You probably don't hear too much about the Nexus 6 battery issues because the phone itself isn't terribly popular. However, this is not some minor issue that one can ignore and battery issues need to be taken seriously. Hopefully, Motorola will act on it and find some concrete solution.

1. Please proofread 2. Not ALL the devices explode, If they did they would not be sold in the U.S. 3. That is possible, But don't you think Motorola (or google) would run a diagnostic to find out what happened. 4. Look on the internet, There are hun...

I don't believe Motorola made this phone. Exploding batteries, screen burn in, falling off back covers and what more? Nexus 5 was the best nexus phone, and now they've stopped selling it. The next nexus is gonna be huawei, so I have no expectations. ...