Although there's nothing special about the number of megapixels found on the Google Pixel's camera, the Google Pixel scored the highest DxOMark number of any smartphone it has ever tested. With that said, the Google Pixel actually uses the same sensor that is found in the Nexus 5X and 6P. That would mean a 1/2.3" Sony IMX377 12.3MP sensor behind a 26mm-equivalent lens with an aperture of f/2.0. That aperture is modest when compared to the Galaxy S7's f/1.7 or the HTC 10's f/1.8.

The camera sub-system however has received a few upgrades compared to the Nexus duo. It still makes use of the same large 1.55µm pixels to improve performance and there is still phase detection and laser auto focus but there are a few small but notable upgrades such as the revamped HDR+ mode and the new video stabilization. There is no optical image stabilization, but you would rarely feel its absence.

The best feature of the Google Pixel's camera (as well as the Pixel XL) is HDR+. It has been refined from the Nexus devices of the previous year, and the extra computing power found in the Qualcomm Snapdragon 821 is to thank for some really superb-looking images.

HDR+ works by keeping nine frames in the buffer as soon as the camera app is opened. The exposure is tuned to keep highlights from clipping to preserve detail there. The captures in the buffer are actually underexposed, but once you take a picture, they get stacked into a single image and provide a nicely exposed photo with less noise, better dynamic range, more saturated colors and more detail than the normal mode.

The HDR+ mode always defaults to On when you start the camera and it's actually a good thing as there is no performance penalty and it does not slow the camera down in any way. Each image does need to process for a couple of seconds, however, but that happens in the background and shot-to-shot time is not affected.

The camera app is the same one we find in the Nexus 5X and 6P. The viewfinder is quite simple, yet you still have access to flash, white balance presets, HDR+, grids, and a self-timer. There are a couple of extra camera modes as well, like Photo Sphere, Panorama, and Lens Blur (which simulates a shallow depth of field for that uber blur effect).

The quickest way to start the camera is by pressing the Power Key twice, fast while the phone is locked or unlocked.

The video and still image viewfinders are separate, which helps line up framing before shooting in the first place. You can get to video mode by swiping to the left on the viewfinder. However, to get to the other shooting modes, you'll need to find them in the hamburger menu. Once you choose video mode, you can enter the settings to change the shooting resolution.

As we said, the Google Pixel is able to get some really excellent photos in HDR+. Check them out. 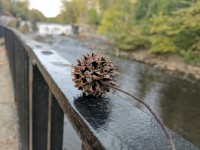 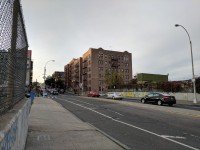 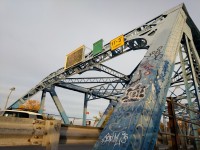 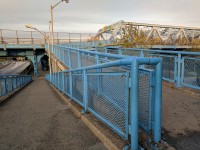 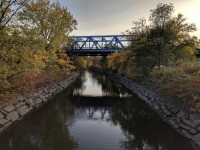 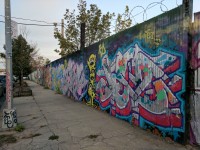 The Google Pixel's 12.3MP camera yielded some really great-looking photos with excellent details. The Auto HDR+ mode is able to get rid of a lot of noise in the darker areas of the scene, while also keeping the colors on the warmer side of things. This is the default shooting mode, however - so we think Google did this to make images appear bolder and more visually pleasing.

The white balance does seem to be a bit indecisive at times, even when shooting the exact same scene. This could be a variable in HDR+'s algorithm that could be causing it. Not a huge deal, though.

Here are some images with HDR+ Off, and then switched back to Auto. Check out the sky in all the shots, HDR+ Auto really brings the blue out of the sky, darker areas' contrast is brought down a bit, while the areas with more light's contrast is raised a touch. Details are sharpened and noise is reduced.

If you find yourself in photo situations with really high-contrast scenes, you're better off manually turning on HDR+. While the Auto HDR+ keeps highlights down to prevent clipping them, sometimes shadows can stay too dark to make out. Sometimes we also get a green tint when the HDR+ works too hard. This is where forcing HDR+ to ON shines. Colors in the shadows are more accurate and you can better make out what's in the shadows.

Keep in mind that manually turning HDR+ on will take photos with longer exposures. So you'll want a bit of a steadier hand and some patience when taking HDR+ (ON) photos. The three photos below is a perfect example of how using HDR+ manually yields a better image in higher contrast scenes.

Notice the difference between the first and second images. The sky looks much better, but because the camera is exposing for the bright sky, the buildings get left behind in the shadows. Once we turn HDR+ ON, the buildings' exposure cranked up and the overall image looks so much clearer and we can see more details in the shadows. 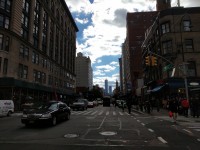 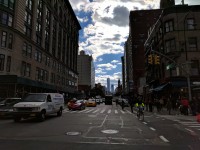 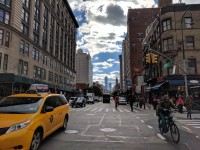 Here, you can see how HDR+ really helps low-light photos by clearing up a lot of noise. When turning HDR+ (Auto) mode off, you can really see how much noisier the image looks. HDR+ (ON) cleans up the scene, but not without applying some noise. Still, HDR+ managed to save the details of a dark scene. 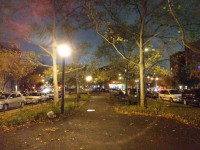 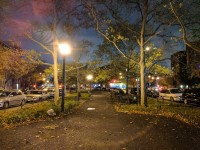 In the second low-light scene, HDR + helps to correctly expose the bright signs that were clipped in the first two photos. The third one perfectly exposes the signs and they are now visible. However, as HDR+ tries to spruce up the details of the vanishing point (further down the screen) noise is just too much to show any detail. The sky's noise was fixed with HDR+ Auto, but made a return with HDR+ ON. 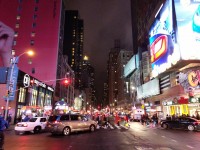 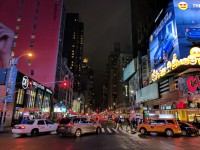 One issue that has been pointed out recently is that the camera is quite susceptible to capturing lens-flare. Sure, we encountered it quite a few times when shooting samples(and you can see it above in low-light scene 1, but not enough to really bother us. All cameras flare when a bright light is shone into the lens, or just outside the frame. However, the way the Google Pixel's lens is designed makes it just a bit more prone to lens flares.

Google has already acknowledged the issue and is supposedly working on a fix in the HDR+ algorithm that will "cancel out" the flare's appearance from photos. Just note that the only way the fix will work is by using the HDR+ Auto mode (which shouldn't be a problem since it is the default setting).

The panoramas sadly aren't able to apply the same HDR+ algorithm to reduce noise and improve contrast. And Google insists on shooting panoramas with dots you have to aim at with the camera. While this isn't as straightforward as other smartphone cameras' sweeping action, the results are still just as good. Images are 2,500px tall - not the tallest we've seen, but still great. Stitching isn't perfect, but it is hidden pretty well. Otherwise, exposures are blended flawlessly.

The 8MP f/2.4 camera sensor is carried over from the Nexus 6P. So while the sensor sounds like nothing special, it took some of the best selfies we've ever seen. Details are on point, skin tones and overall colors look spot on and pleasing. Dynamic range was pretty good as well, considering it's a weak point of many front-facing cameras.

Shooting in HDR+ (Auto) yields photos with just a bit more saturation, otherwise, the great dynamic range is thanks to that HDR+ feature, which really cleans the images up well even with the front camera. 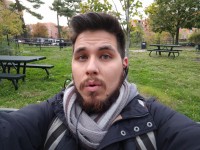 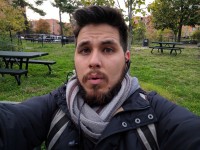 Selfie in daylight, HDR+: OFF • Auto

When taking low-light selfies, though, you'll really want to keep HDR+ in Auto mode. Details and colors are maintained well while noise is kept to a minimum. HDR+ even brightened up the brick wall of the building behind me, while also improving the details in my hair and reducing much of the noise. 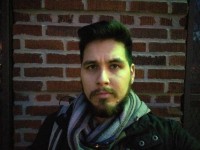 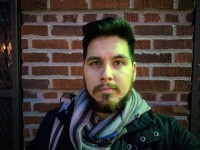 The Pixel can shoot video in a bunch of resolutions and framerates. If only Google made it a little less cumbersome to select them, though.

Choosing a resolution for slow motion is a little more confusing, depending on who is asking. There's a 'Slow Motion' mode in the hamburger menu. Once you select it, you'll see a toggle in the viewfinder which lets you choose between 120fps and 240fps, but what the viewfinder does not tell you is that the slow motion video will be 1080p in 120fps and 720p in 240fps. This was likely decided to make it simpler for the average person.

If you were expecting stereo recording on the Google Pixel (or XL for that matter) you'll be disappointed to learn the Pixel (and Pixel XL) records mono audio in all video modes.

4K videos come out to about 42Mbps - kind of low when compared to the Galaxy S7 and the LG G5, but don't let it fool you. 2160p (4K) videos look wonderful. Details are abundant and colors look quite natural and the overall image doesn't look over processed.

Otherwise, 1080p videos have an unusually high bitrate at around 21.6Mbps where others normally record at around 17Mbps. The output and color reproduction is just as good as 4K, but without the sharp details that 2160p can show off. 1080p @ 60fps are much smoother, but not as detailed as the 30fps, a common tradeoff.