Google has come a long way since the days of Nexus smartphones. This is only the second iteration of the Google Pixel and it shows how much Google's software and hardware have evolved in the past year. Both Pixel smartphones got a refined, yet simpler appearance. This review is specifically for the larger Pixel 2 XL. We'll be reviewing the smaller Pixel 2 separately.

This model has a couple of differences over the smaller Pixel 2. For starters, the Pixel 2 XL has a larger 6-inch display with the 18:9 aspect ratio of display that has taken 2017 by storm. This, and the Pixel 2 XL gets a 21% larger battery than the 5-inch Pixel 2.

Google offers the latest Qualcomm processor on both Pixels, along with its powerful HDR+ algorithm for taking photos. Combine these with Google's unparalleled Android experience, not to mention Google's unlimited photo storage with its official Photos app, and software updates directly from Google. 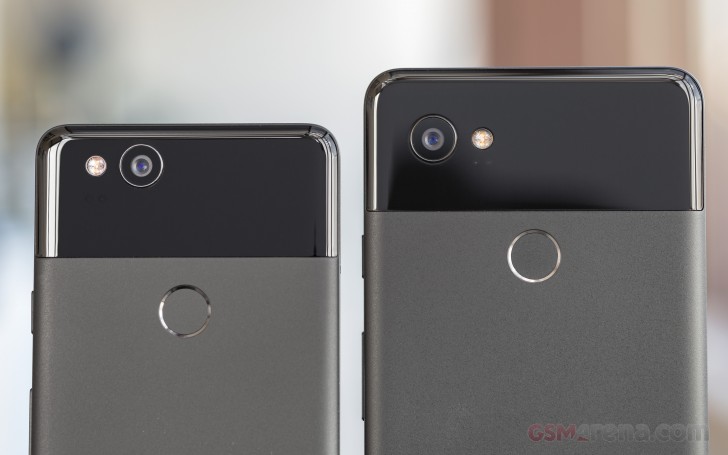 Is this, however, enough to get Android purists on-board with the Google's best vanilla Android Experience? That'll all depend on how much purists are willing to pay for such an experience, which starts at $850 in the US, and might soar even higher in other markets.

The Pixel 2 XL's camera did get a bump in specs. The camera now has OIS and the aperture has been bumped to f/1.8 from last year's f/2.0. The real magic happens, though, thanks to Google's HDR+ algorithm, which gathered high praise with the first-gen Pixels. We are definitely excited to see what kind of images the new Pixels can capture. Google poked fun at Apple during the launch event saying it didn't reserve the better camera for the more expensive model. Both Pixels get identical cameras. And perhaps that must not have been easy as the two phones are manufactured by different companies.

Same here, I am also using this phone from October 2018 and still using. No issues, other than its 360 camera hangs from the beginning, it last 1&½ Day when it's new, now just 12-16 hrs. Have some video lags issue but ok. Sometimes it unnece...

I've had mine since 2017. Still good as new, except for battery life. Let it update all it wants and never had any long term issues. I use it a lot and now the battery lasts me one day only. I hope the phone will last me one more year at least. ...

Going to buy one next month