A complete review of the yet unreleased Google Pixel 3 XL appeared online last week, just to be followed by another full-scale review a day later. They both concentrated on the bigger phone, saying nothing about the vanilla Pixel 3. Lo and behold, several days later live images of the phone finally appeared on Reddit, and by the looks of it, the phone will come with a 5.5” tall screen, no notch and dual selfie cameras. 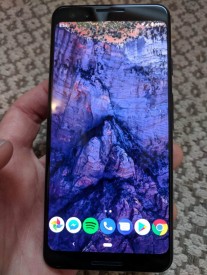 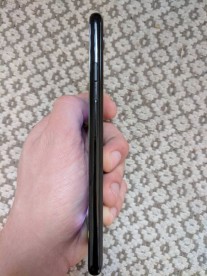 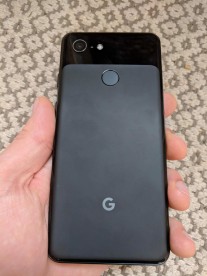 Google is not big on the design changes - it looks like the phone will look a lot like the predecessor Pixel 2. The back will be aluminum from the bottom almost to the top, where it switches to glass for the single-camera setup. The front will have mirrored earpiece and speaker in the forehead and chin, but the new thing is the dual camera setup on the front. 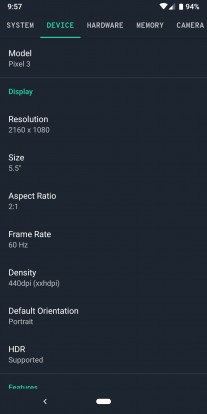 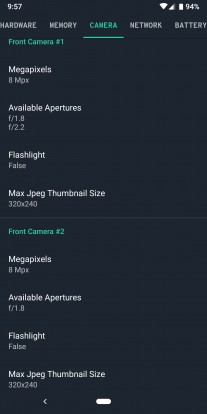 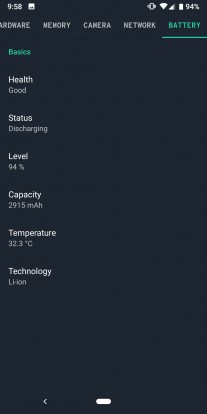 According to screenshots, both cameras will be 8 MP with apertures as low as f/1.8. The image pack also comes with screenshots that reveal some key specs like 18:9 ratio, a Full HD+ resolution, and 440 dpi. The battery will be Li-Ion with at least 2,915 mAh capacity, but given the phone is at 94%, the power cell is most likely 3,000 mAh.

The leakster did not provide more screenshots, but the phone is most likely to have a Snapdragon 845 chipset and 4 GB RAM. The 3.5 mm audio jack is unlikely to return, but hey, at least you get Google Earbuds in the retail box.

There is no notch on this model. Did you read the article, or just decide to comment based on your expectations?

Ugly design. Is this the best you've got, google?